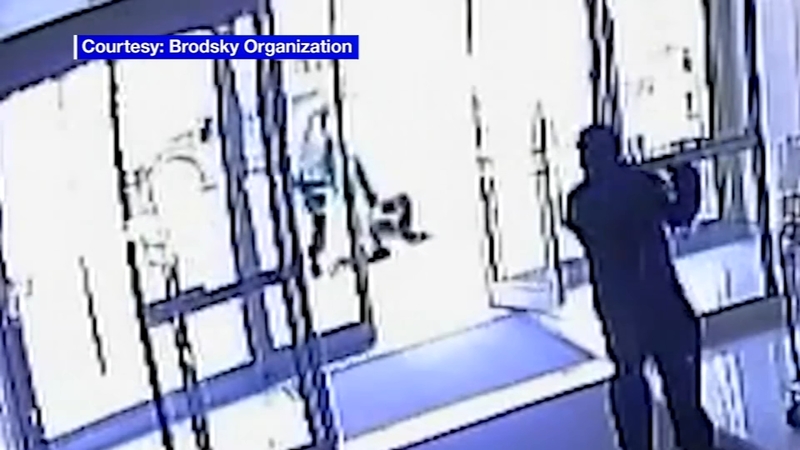 LISLE, Ill. (WLS) -- The Asian-American woman who was brutally attacked in New York City last month is breaking her silence.

Vilma Kari, formerly of Lisle, was walking to church in midtown Manhattan when she was knocked down and kicked in the face.

"I am doing well, feeling well, getting better each day," Kari said.

It is one of the first times she spoken out about being the victim of a horrific hate crime attack that was captured by a security camera on March 29. The attack garnered attention around the world and a proclamation from her former hometown condemning the violence.

"It's so surreal watching that incident and looking at myself being attacked," Kari said.

"I'm not going to talk about my feelings on that, I feel like, to each their own," said Liz Kari, Vilma's daughter.

Kari settled in the Chicago area years ago after emigrating from the Philippines.

She was widowed in 2012 and was a past parishioner of a local church. When her friends here found out she was victim of the New York attack, they reached out to village officials to support her.

The proclamation - decrying anti-Asian bigotry and other forms of discrimination - was presented Monday at the Lisle village board meeting.

Pastor Barry Gin of Living Water Evangelical Church was there.

"I'm really thankful for the outpouring of support that we've seen from the city, from the village of Lisle and various people who have been supportive of us," Gin said.

Vilma's daughter has started a GoFundMe page to update the public about her recovery and get help with her medical bills.

A defiant Vilma Kari said no one should be targeted because of the color of their skin.