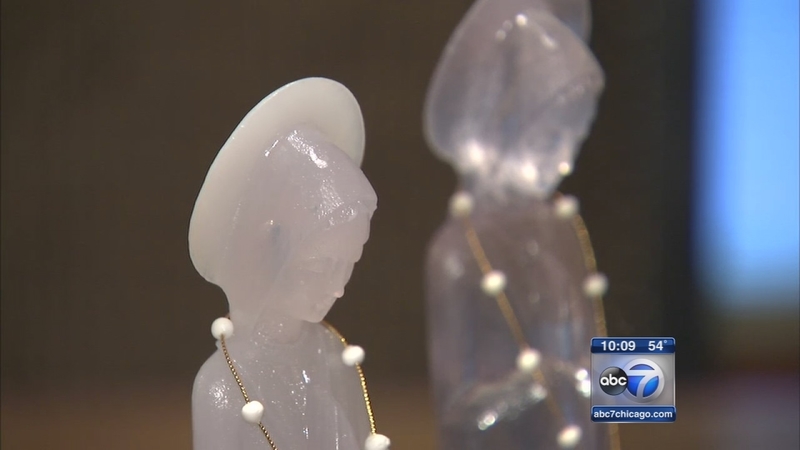 ADDISON, Ill. (WLS) -- A suburban woman thinks she witnessed a miracle as she was praying to a statue of the Virgin Mary. And Jeanette Castaldo thinks she was chosen because she will share the message.

Castaldo said that message to society is to slow down and get "back to the basics." And her statue of the Virgin comes from a store that's been the talk of making miracles before.

"As I was holding her, her face turned gold. And then I said, 'Oh I'm crazy, it must be the light,'" Castaldo said.

Castaldo has purchased several of the statues to watch over her children and family.

But recently, the Addison woman picked up one asking for assistance with something.

"She turned from gold to pink to blue and then to white," Castaldo said.

And Castaldo said there was a message: that we as a society need to slow down and bring families together.

"There's no science here. It's as simple as this: a miracle has happened and she wants us to listen to her," Castaldo said.

Castaldo has this message for skeptics: "I know a true miracle lies here. I'm blessed it happened to me."

Castaldo bought the statues about three years ago at a St. Charles store called Angel Kisses. And this isn't the first time that location has been linked to talk of a miracle. People flocked there back in 1994 after reports that the heads and rosaries on several statues of the Madonna began to move.

Castaldo thinks this is happening now because May is the month of Mary. And she says she has talked to priests who think this is a sign from God.