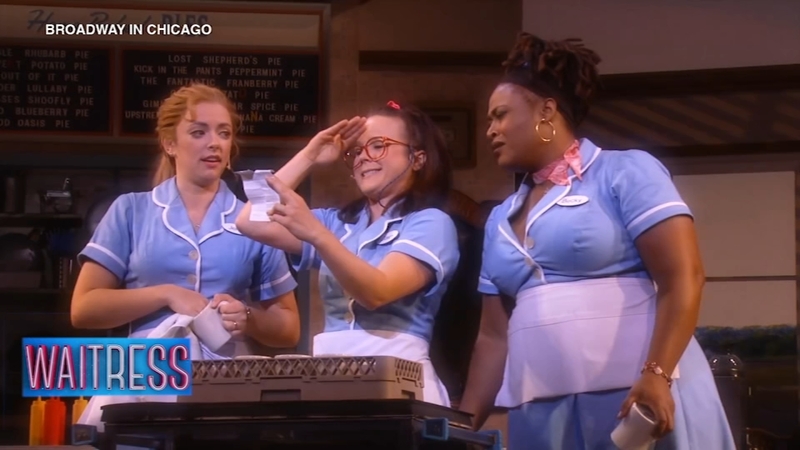 The Broadway musical "Waitress" is a big hit with Chicago audiences.

Based on a 2007 movie and featuring music and lyrics by Sara Bareilles, "Waitress" tells the story of a woman in an abusive relationship who enters a pie baking contest to change her life.

"I felt that the story of 'Waitress' was a story that needed to be heard, which what happens when we feel we're not allowed a shot in life anymore when we have that dream we put on a shelf," said "Waitress" National Tour Director Diane Paulus.

Paulus is one of very few female directors with a body of Broadway hits, including a Tony-winning revival of "Pippin" and "Finding Neverland."

"The theatre has been a place for me to pour every aspect of my passion, my intellect, my heart, mind soul, body, that's why I love it," Paulus said. "It lets you drive on all those intellectual cylinders."

"I knew that her music was so ahead of its time in the 90's, and it's quite striking to hear those songs again and how they're resonating with what we're living in," Paulus said of Morrisette.

"I just have been such a huge admirer of this city and its support of the arts and the ecology of the arts here," Paulus said. "So many young theatre companies that stay in Chicago because they know this is a great city for arts."