Man stabbed by robber on Washington bridge fights back 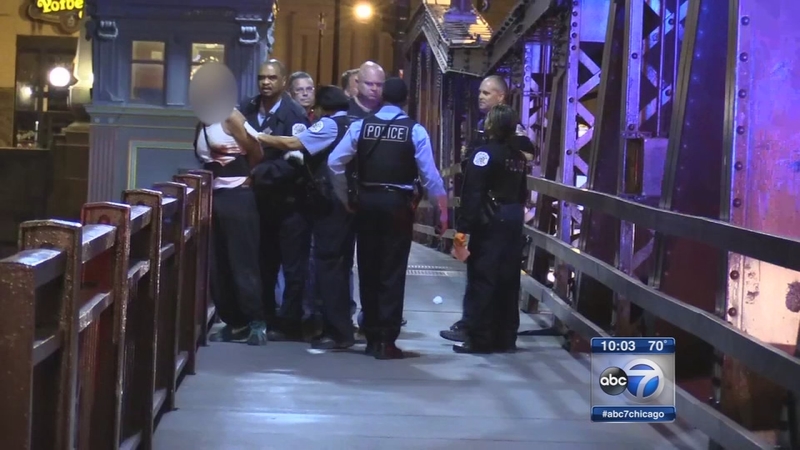 Man stabbed in Loop fights back

CHICAGO (WLS) -- A 49-year-old man stabbed by an attacker trying to rob him on the Washington Street Bridge in Chicago's Loop managed to hold him until officers arrived.

Todd Light was walking home from his job as a security guard on the bridge near North Upper Wacker Drive around 11:30 p.m. Sunday when police said another man approached him from behind and demanded cash.

A passerby, Aaron Helfer, called police and helped pin the suspect until they arrived.

The weapon turned out to be a steak knife.

When officers got there, the suspect was taken into custody. Light was transported to Northwestern Memorial Hospital, where his condition stabilized. His injuries were not life-threatening.