ABC7 STAFF REPORT
WLS
CHICAGO (WLS) -- The Chicago area could get 1-4 inches of snow Saturday night into Sunday morning, followed by bitterly cold temperatures on Sunday that could bring wind chills as cold as -25.

A Winter Weather Advisory was issued until 6 a.m. Sunday for most of the Chicago area. Snow started late Friday afternoon before tapering off in this morning. Temperatures were in the mid 20s Saturday morning with periods of freezing rain and drizzle mixed with snow.

Parts of LaPorte and Berrien counties could be particularly hard hit be lake effect snow, with 6.6 inches of snow expected in Michigan City, Ind.

SUNDAY'S BEARS GAME WILL BE COLD!

Sunday's Bears-Packers game at Solider Field could be the coldest football game ever played in Chicago. The kickoff temperature is expected to be 1 degree, with a wind chill between -15 and -25. The coldest game ever played was in 2008 when it was 2 degrees.

On Friday, StubHub said seats are going for less than $40.


Moira O'Connor, director of operations at Soldier Field, said they are prepared for the cold with extra warming stations and medical staff.

The Bears spent 75 minutes outdoors Thursday in single-digit temperatures trying to prepare. There's a bit of a debate over who's going to wear sleeves. Head coach John Fox said "As long as they perform well, I don't care what they wear."

It's Super Saturday and the snow and frigid temperatures isn't stopping holiday shoppers.

The winter weather caused problems in other parts of the country.

On the East Coast, at least three people died in crashes. Two of the victims were in Maryland, killed in a fiery pileup involving dozens of vehicles.

A third person died in a crash in Virginia. 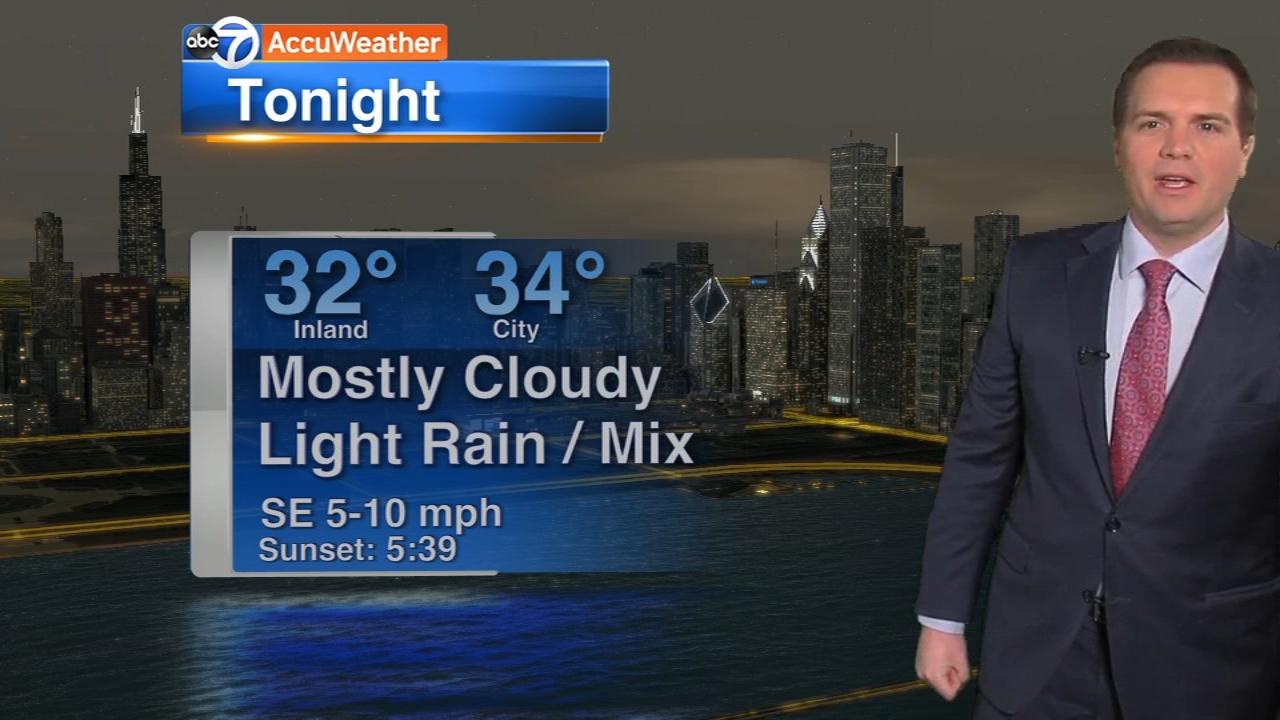 ABC7 AccuWeather Forecast
Overcast with some rain mixed with snow Friday night. Lows in the mid-30s.

The snow, ice and cold temps are impacting travel conditions on the road and at the airports.

Earlier Saturday, freezing rain in the morning made some roads slick. The city deployed hundreds of snow plows and salt trucks on Friday to clear the roads.

The Illinois Department of Transportation (IDOT) advised the public that the rain, snow and high winds is expected to impact travel Saturday evening into overnight. IDOT said the icy conditions and low visibility could make driving dangerous.

For those that have to travel, IDOT recommends they take it slow, make sure the gas tank is full and to keep emergency supplies in the vehicle. More information on safety can be found on their Facebook and Twitter page.

Another winter storm is hitting the Chicago area Saturday.