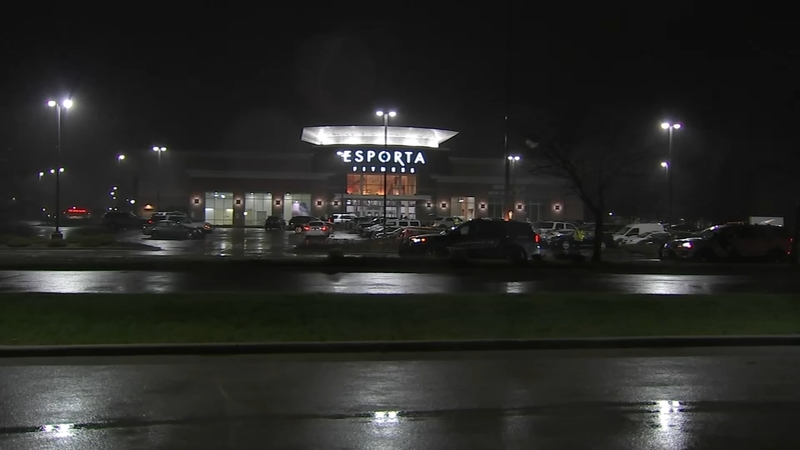 WEST DUNDEE, Ill. (WLS) -- Police in West Dundee are questioning two "persons on interest" after a man was fatally shot in what police are calling a "targeted drive-by" shooting in a West Dundee fitness center parking lot Wednesday evening.

Police responded to the Esporta Fitness parking lot around 5:30 p.m. after a report of shots fired. When they arrived, they found a man who was pronounced dead at the scene, police said.

The incident is not known to be connected to a deadly shooting in Elgin over the weekend that left two dead and at least four others injured, according to police.
Kane County Major Crimes Task Force is investigating the incident, which appears to have been isolated.

Police said there was an incident at Esporta Fitness earlier in the evening, but added there is no danger to the public.

Esporta fitness closed for the night as police continue to investigate.

Police have not released a description of the suspected shooter or a vehicle at this point, but did say they are questioning two "persons of interest."