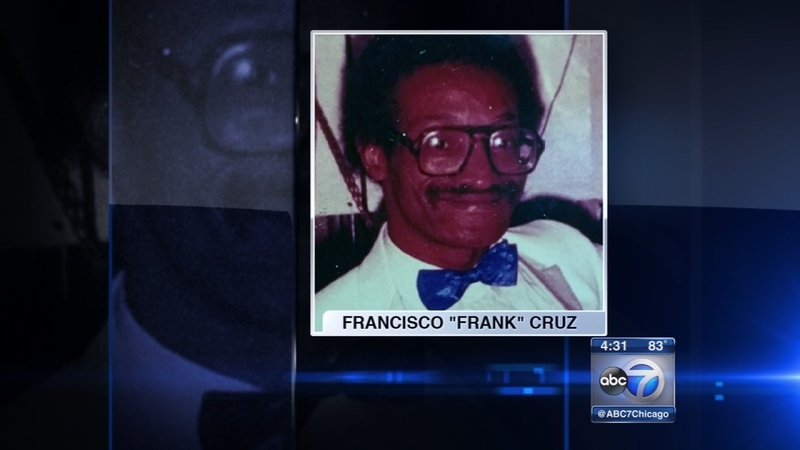 CHICAGO (WLS) -- Police are asking for the public's help to find the driver who struck and killed a 58-year-old man on a bike before fleeing the scene.

He was identified to the Cook County Medical Examiner's Office as Francisco Cruz, of the 1300-block of South Christiana Avenue in Chicago's Lawndale neighborhood.

His family called him "Frank," and now, they're devastated. Chicago police called Cruz's mother, Isabelle Cruz, overnight and said he was at the hospital.

"I said okay, I'll be there," his mother said. "When I got there, he was dead. They said his heart stopped."

Cruz was struck just before 10:20 p.m. Wednesday in the 4000-block of West Maypole Avenue in Chicago's West Garfield Park neighborhood. His family says Cruz worked as a handyman and part-time security and was on his way home.

"I couldn't figure out how somebody could hit you and then leave," Rose Smith, Cruz's sister said.

Investigators released a surveillance photo of the van involved in the hit-and-run crash. It's a white cargo van with a company logo on it, featuring a large letter "A", and the company's phone number. The van may have front-end damage.

Police will not say if the van was stolen. The company's storefront was closed Thursday, and no one is answering the phone.

The family also said Cruz's wallet and cellphone are missing.