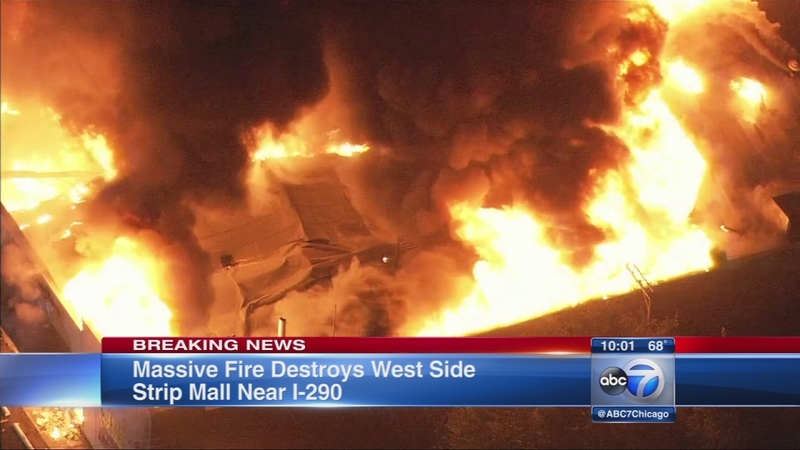 CHICAGO (WLS) -- At least three businesses have been destroyed by a fire at a strip mall in East Garfield Park.

The fire was in a strip of stores in the 400-block of South Kedzie Avenue that include a Family Dollar, a beauty supply store and a fast food restaurant. It was struck shortly before 10 p.m., though firefighters are still working to put out hotspots.

Firefighters were called to the fire around 7 p.m., and it quickly grew to an inferno. At least three businesses have been affected: a Family Dollar, a beauty salon and a J&J Fish restaurant.

The strip mall was close to the Eisenhower Expressway, where the sight of such intense flams brought traffic to a crawl, but the fire did not cross onto the highway.

Two firefighters are being treated for minor heat exhaustion and are expected to be okay. No further injuries were reported.