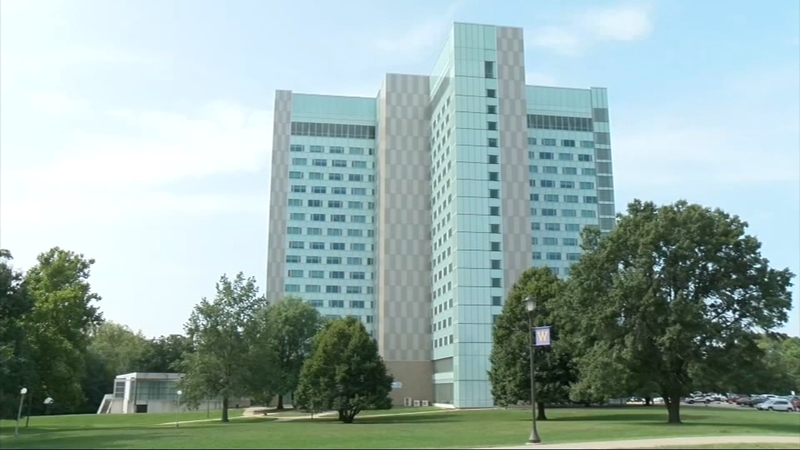 Kavion Poplous, 18, was arrested and charged Wednesday with attempted first-degree murder, aggravated battery and aggravated discharge of a firearm.

A motive in the shooting is still unclear, but Poplous's mother said her son was having issues with his roommates.

A suspect is in custody after a student was injured in a shooting Tuesday after an alleged roommate dispute at Western Illinois University-Macomb, police and university officials c

According to officials, around 10:38 pm Tuesday, the University's Office of Public Safety was notified of a student who had been shot in Thompson Hall. At the same time, a fire alarm pull station was activated in Thompson, and the building was evacuated.

A resident in the hall was shot by a person known to him, who then fled the scene, police said.

The incident was related to a roommate dispute and is believe to be an isolated incident, police said.

The victim, identified as Amarion Hargrove, was transported to McDonough District Hospital and then transferred to another hospital, police said.
Poplous and the victim are both from the Chicago area. Poplous, a freshman, is from Englewood, while Hargrove, also a freshman, attended Bloom Trail High School in Chicago Heights, where he also played basketball.


"While at Bloom, Hargrove was a model student and great teammate who worked hard, was always respectful, and maintained a level of maturity and poise even in the most stressful circumstance," his basketball coach Dante Maddox wrote in a statement.

While Hargrove recovers at a Macomb hospital, others at his former school wished him a quick recovery. Others on the western campus are concerned about security, and how a student was able to bring a gun into his dorm room.

"When I moved in, nobody checked anything," said Nathaniel Chichon, WIU student. "You just loaded up your stuff and just got in the elevator. My biggest concern right now is that he's not the only one who has a gun here."

"We'll look at everything from response time to hall staff to security in the halls, our alert system, everything in this debriefing in the next couple of weeks," said Darcie Shinberger, WIU spokesperson.

The charges against a college freshman accused of shooting another student at Western Illinois University are out of line with his character, a family spokesman said Thursday.

Poplous is a "godly child" and "he's not a monster," family spokesman Darryl Smith said Thursday.


Smith said the Poplous family is "tightknit" and has retained an attorney for Poplous' extradition hearing in Cook County.

Poplous turned himself in to Chicago police Wednesday afternoon. He came back to Chicago "because he was scared," Smith said.

"He came home and turned himself in - which takes courage," Smith said.

Smith said Poplous' mother is very concerned about the outcome of the case.

"We're waiting on the truth to come out," Smith said.