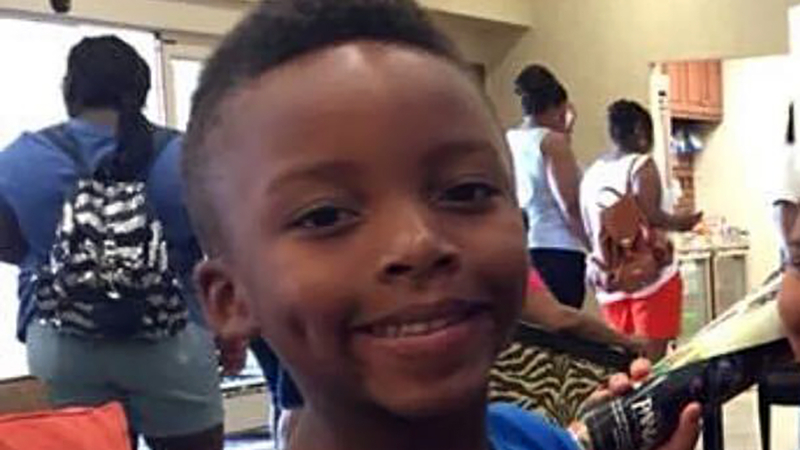 HOUSTON -- Civil rights attorney Benjamin Crump is representing the family of a 9-year-old boy who was critically injured during the Astroworld Festival.

Little Ezra Blount is currently on life support, with not many options to save his life.

Crump is also representing 98 other people in a civil lawsuit.

Treston said his son is a young Travis Scott fan.

"He was so stoked. He was ready to go," said Treston.

Treston held Ezra high on his shoulders as the countdown began to Scott's performance. They stayed toward the back of the crowd because Treston said he thought it would be calmer, but as soon as Travis Scott took the stage, he said that's when people started pushing.

That's when Treston fell unconscious, and Ezra fell to the ground. At the mercy of concertgoers, the 9-year-old was trampled.

When Treston regained consciousness he could not find his son anywhere. He rushed to on site medic tents, as well as several hospitals. After filing a police report, he later received a message from an officer that included a picture of Ezra.

"The picture they sent me was him in the hospital. Just to see him in that condition... I wasn't ready," said Treston as tears filled his eyes.

Upon arrival to the hospital, Treston learned little Ezra's major organs had been damaged, his brain was swollen, and he was on life support.

"I could tell that he was damaged," Treston said. "I'm not ready to lose my boy at all. We still got a bunch of living to do... that's my boy," Treston said.

As the investigation continues into the tragedy, some people, like Crump, believe it could have all been prevented.