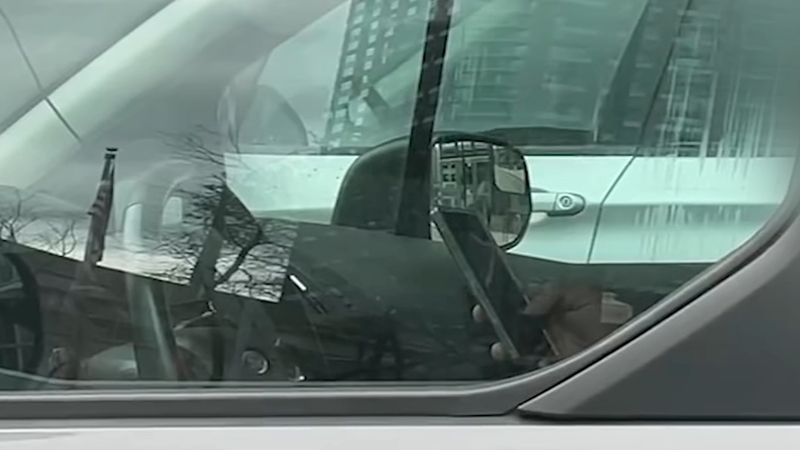 Distracted driving can cost you lots, in money and lives

WHEELING, Ill. (WLS) -- If you use your phone while driving, it can take just seconds to cause a crash.

April is Distracted Driving Awareness Month, and the message from police and those who lost loved ones to distracted driving crashes is simple: don't do it.

Distracted driving is doing things like holding your phone instead of the wheel, and using your phone to text or otherwise instead of paying attention to the road. If you're lucky, you'll just get a ticket. But police say it leads to crashes, some of them deadly.

In the fall of 2021, Meisha Singleton's 4-year-old daughter Violet had just started pre-school at Whittier Elementary School in Harvey. Police said she was on a swing set when a driver veered off the road and onto the playground.

"Violet was a very spicy little girl. You know, she was the light of everyone's life," Singleton said.

The driver, Swaleha Vhora, is charged with reckless homicide and being on her cell phone while she was driving. Authorities said they received data from the cellular provider and advanced algorithms to pinpoint the location and time of cell phone.

Vhora pleaded not guilty, her family posted bond and she has been released as the court case proceeds.

The I-Team went along as Wheeling Police zeroed in on motorists illegally using their phones. A total of 200 local law enforcement agencies are doing the same throughout the state of Illinois as part of a Distracted Driving Awareness Month safety campaign.

"People don't really realize the severity of what they're doing. It's extremely dangerous. And even if you're just taking your eyes off the road for a second, that's when collisions happen," Richardson explained.

An average of eight people are killed every day in the U.S. due to distracted driving, according to the National Safety Council.

Texting while driving is considered the most dangerous distraction, according to the NHTSA. Using one hand to hold the phone is also a danger.

With a clean driving record, Sgt. Richardson can decide the $50 warning fine will do. He could have issued a moving violation using state law, which effects a driver's record and comes with a $164 fine.

"I want to give him the benefit of the doubt and use this as a teaching moment to bring it to his attention that he shouldn't be using his phone when he's driving," Sgt. Richardson said.

If the driver had had a record of doing this before, Sgt. Richardson said he would have given him the state ticket.

Singleton wants people to know that they don't have to answer phone calls and texts right away.

"It's OK to wait, you can wait. I thank God for the strength to keep pushing. I feel through this difficult time, he is using me as right now for a voice for so many people that maybe feel like, it'll never happen to them," she said.

Police say drivers who do not have Bluetooth in their car should consider buying an inexpensive mount for their phone. Remember, you need to be hands-free.