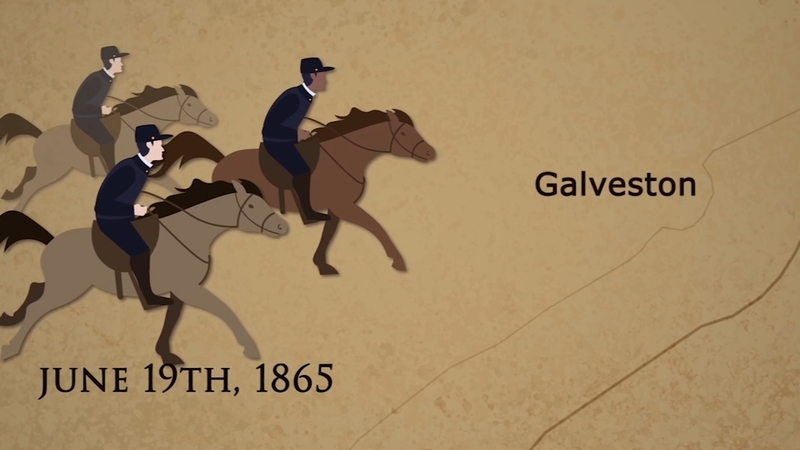 CHICAGO (WLS) -- The Juneteenth holiday is the oldest known celebration commemorating the ending of slavery in the United States.

But if you haven't heard about it before, you're not the only one. Here's the history behind it.

It wasn't until June 19, 1865, when word of the proclamation was brought by the Union army to enslaved people in Galveston, Texas, making them among the last to be freed.

That's where the name Juneteenth comes from, it's a combination of June and Nineteenth.

On January 1, 1980, Juneteenth became an official state holiday in Texas and is growing in popularity around the country.