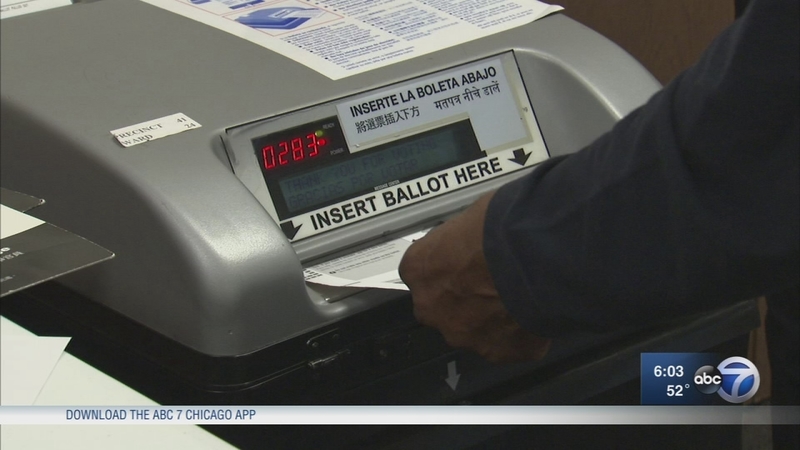 As of mid-afternoon, Chicago turnout was at 50.9 percent (early voting and ballots cast Tuesday), with authorities looking at end-of-day turnout that could surpass 75 percent - about where it was in 2008 and 2012.

The turnout was fueled largely by millennials (ages 25-34) that lead all age categories, officials said. As of midday, more than 176,000 ballots had been cast by millennials, according to Chicago Election Board Spokesman Jim Allen.

Officials admit there were a few early problems with voters in some precincts not being handed a second paper ballot page which contain several referenda, including the "Safe Roads" Amendment that would require highway money be used for road repair.

"I went up to an election judge and said 'Where's my constitutional amendment that we're voting on?'" said Judith Cross Purkett, a 24th Ward voter. "It wasn't there. So he went and looked at all the ballots that had been handed out and said, 'That's the only thing we have.' So I went ahead and submitted my ballot but I made sure that as soon as I left, I called the election board."

Officials attribute the issue to election judges not following the rules from their training and simply leaving the second pages in boxes. It is not known how many people didn't realize there was supposed to be a second page and left without having cast votes for the ballot issues.

Some election judges either had been removed from their posts - or will be - because of "behavior issues." While authorities had not identified what the misconduct involved, historically, a few judges have arrived to work drunk or have become belligerent with voters.

Eighteen polling places citywide opened late, most of them slightly according to Allen, up to 15 minutes. A handful of precincts opened between 45 minutes and 1 hour late.