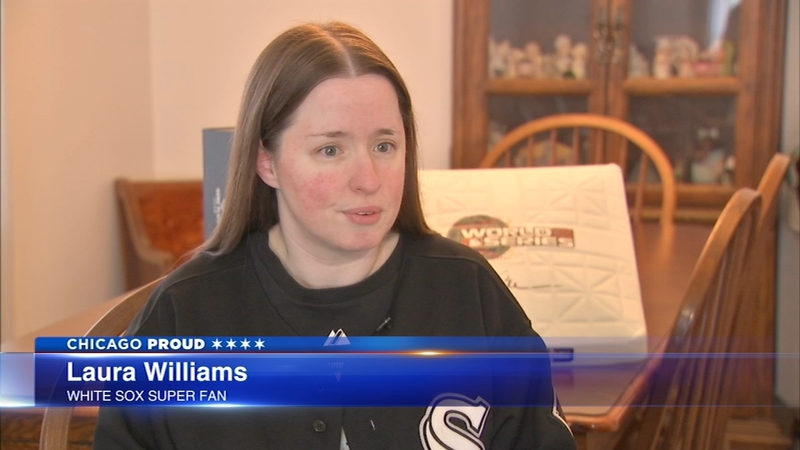 CHICAGO (WLS) -- When baseball returns to Chicago on Friday, there is one fan guaranteed to be there.

Williams is guaranteed to be in attendance. She's had perfect home game attendance since August 2008.

"I finished out the season, we had a taste of the playoffs that year which was great and then in 2009 I had perfect attendance all 81 game and thought that was pretty cool and then I did it again and again," Williams said.

And again. Williams said it became about hitting milestones. It is a team effort with family, friends and her job to make sure she does not miss a game.

"A lot of my friends know not to have parties when the Sox are in town. My husband's sister's little boys have birthday parties we schedule those when Sox are away. I plan my work schedule around the Sox schedule and my boss who is very understanding and is a Sox fan helps me keep that in check," she said.

But sometimes life happens. Just shy of game 600, she thought the streak would come to an end.

"My sister was diagnosed with MS and we were going to take a step back to help her with her new disabilities," Williams said.

"The Sox got wind of my streak and what I'd been up to and they gave me tickets to the next five games after that and then at game 605 they brought me onto the field and I met Adam Eaton and a jersey with my name on it and gave me season tickets for the rest of the year and I thought well if they want me to keep going that bad I gotta keep it going," she said.

And that she did.

Williams collected memorabilia along the way, including a box with every ticket to every game in order of attendance.

She is looking forward to the 2019 home opener but far beyond it as well.

"I'm hoping that we make some playoff games in 2020 and if we do the fourth game we play would be my 1,000th consecutive game I don't know what would happen that would just be awesome," Williams said.