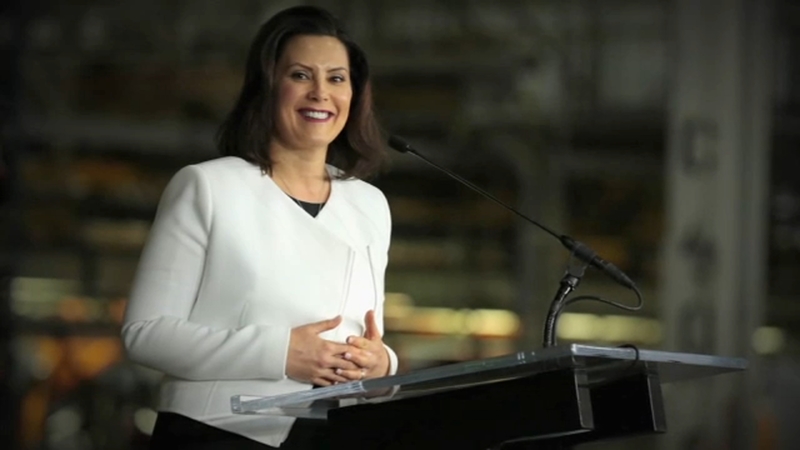 A major domestic terror prosecution in Michigan that featured an alleged plot to kidnap and kill Michigan Governor Gretchen Whitmer, ended with no convictions. A jury in Grand Rapids spent five days deliberating but despite hours of recorded evidence, testimony from undercover informants, surveillance by the accused militiamen, a ready arsenal of guns, bombs and ammo, and even hand-drawn plans for the alleged plot, the US Justice Department fell short.

Four men, whom prosecutors said were part of an amateur commando force that was going to attack Whitmer's vacation home because of her strict COVID-19 policies, won a major victory in federal court.

One of them, Daniel Harris, 24, was acquitted of every charge he faced and was to be freed on Friday afternoon. Harris --perhaps not coincidentally -- was the only defendant to testify on his own behalf during the trial.

The jury found a second defendant, Brandon Caserta, 33, not guilty of the single count he faced: conspiracy to kidnap.

Caserta is to join Harris on Friday walking free from custody. They had been held in jail for months during the ramp-up to trial.

There was a mistrial declared for the other two defendants by Judge Robert Jonker in Grand Rapids District Court following a jury statement that they were unable to reach unanimous verdicts on the charges against Adam Fox, 38 from Michigan, and Barry Croft, 46 of Delaware.

The government quickly announced Friday afternoon that they would re-try Fox and Croft, who FBI agents said were the principal players behind the plot to get Whitmer.

Prosecutors said they were "disappointed" by the outcome in a case that had received worldwide attention, primarily because of the outrageous nature of the allegations. The accused members of a Michigan militia group the "Wolverine Watchmen" had discussed putting Whitmer and other politicians on "public trial" before executing them on live TV. One other possible m/o according to the FBI was that the men would abandon Whitmer in a boat in the middle of Lake Michigan.

The defense maintained that there was no serious plot in the works and that it was all talk-boasting by men who were regularly and frequently under the influence of alcohol and marijuana.

The FBI had planted several operatives inside an organization that agents said was deadly serious about taking out Gov. Whitmer. An alleged plan to blow up a bridge near Whitmer's family summer home in Northern Michigan and the assassinations of her security officers never occurred despite what authorities called elaborate planning and equipment in
hand. No one was wounded or killed.

As the ABC7 I-Team reported early in the investigation, part of the government's evidence against the men included videos of combat assault training with live ammo at a camp in Wisconsin. More than a dozen men were involved in the plot, according to investigators. Several have pleaded guilty and are cooperating with prosecutors. Other defendants are facing Michigan state charges and yet to face trial.

The jury began deliberating on Monday following a 14-day trial, during which they heard from 34 witnesses. Six men and six women were on the jury. It is highly unusual for the government to take cases to trial and not win-at least on some counts. The two defendants who were acquitted cannot be re-tried under the Constitution. The other two may have a pared-down case, after prosecutors consider what worked and what didn't and why jurors might have struggled to reach unanimous verdicts.

After the jury returned and the outcome was known, Gov. Whitmer, a Michigan Democrat, issued a written statement.

"Today, Michiganders and Americans-especially our children-are living through the normalization of political violence. The plot to kidnap and kill a governor may seem like an anomaly. But we must be honest about what it really is: the result of violent, divisive rhetoric that is all too common across our country. There must be accountability and consequences for those who commit heinous crimes. Without accountability, extremists will be emboldened."