'Jewish community continues to be a target,' says ADL regional director
WLS
By Will Jones 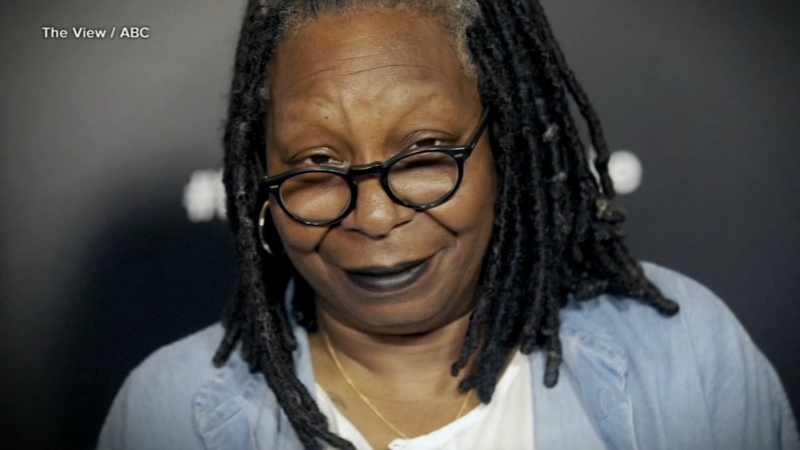 CHICAGO (WLS) -- While Whoopi Goldberg is away from "The View," leaders in the Jewish community said they hope she takes the time to continue to educate herself about the Holocaust.

"Even though we are now 77-plus years away from the end of the Holocaust, there are still a lot of misconceptions about what happened during that time period," said Kelley Szany, vice president of education and exhibitions at the Illinois Holocaust Museum & Education Center.

SEE ALSO | What is antisemitism? Explaining anti-Jewish ideas and hate

Between 1933 and 1945, about 6 million Jewish people were killed by the Nazi regime and its collaborators. The Nazis believed Germans were racially superior. They viewed Jewish people as a separate race. But on her daytime talk-show Monday, Goldberg claimed the Holocaust was "not about race."

"There needs to be an understanding that it actually was racism that was central and is what fueled Nazi ideology and policies," Szany said.

Patrick Dankwa John, who is Christian, is the immediate past president of a Jewish bar association in Chicago. John said he was also disappointed by Goldberg's assertions.

"Jews, regardless of what they may physically look like or appear to us, that when people have chosen to persecute Jews, they don't consider them white. They consider them specifically Jewish," John said.

The Simon Wiesenthal Center released a statement saying in part "Everything about Nazi Germany and about the targeting of the Jews and about the Holocaust was about race and racism. That's the unfortunate, unassailable historic fact"

The Jewish community in Chicago has remained on edge after recent vandalism at synagogues and schools. Police said a 39-year-old man is now facing hate crime charges.

"The Jewish community continues to be a target and has been for quite some time," said David Goldenberg, Midwest regional director of the Anti-Defamation League.

ABC News suspended Goldberg for two weeks. Goldberg apologized for her comments on Tuesday's broadcast. She also tweeted an apology.

"She apologized. She used it as an opportunity to become educated herself. She provided a platform for her viewers to learn and that's really important," Goldenberg said.