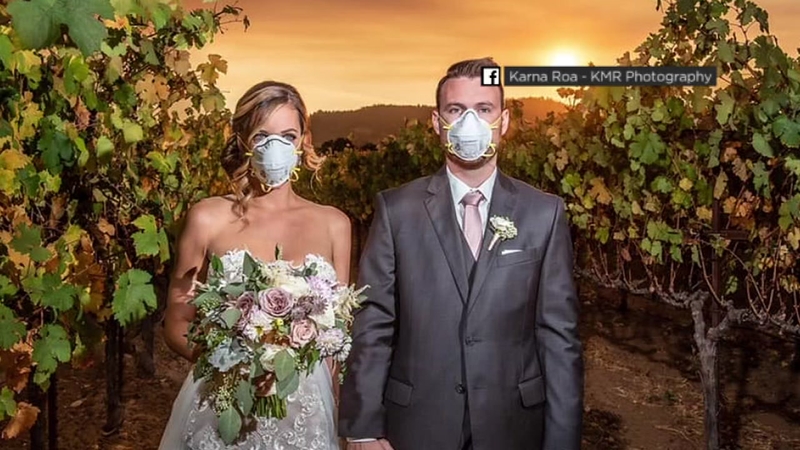 KENWOOD, Calif. -- The show must go on -- even during the massive wildfire in Northern California's famous Sonoma County.

Karna Roa, awedding photographer in the Bay Area, captured this dramatic photo of a bride and groom getting married in Kenwood on Saturday while the Kincade Fire burned just miles away. 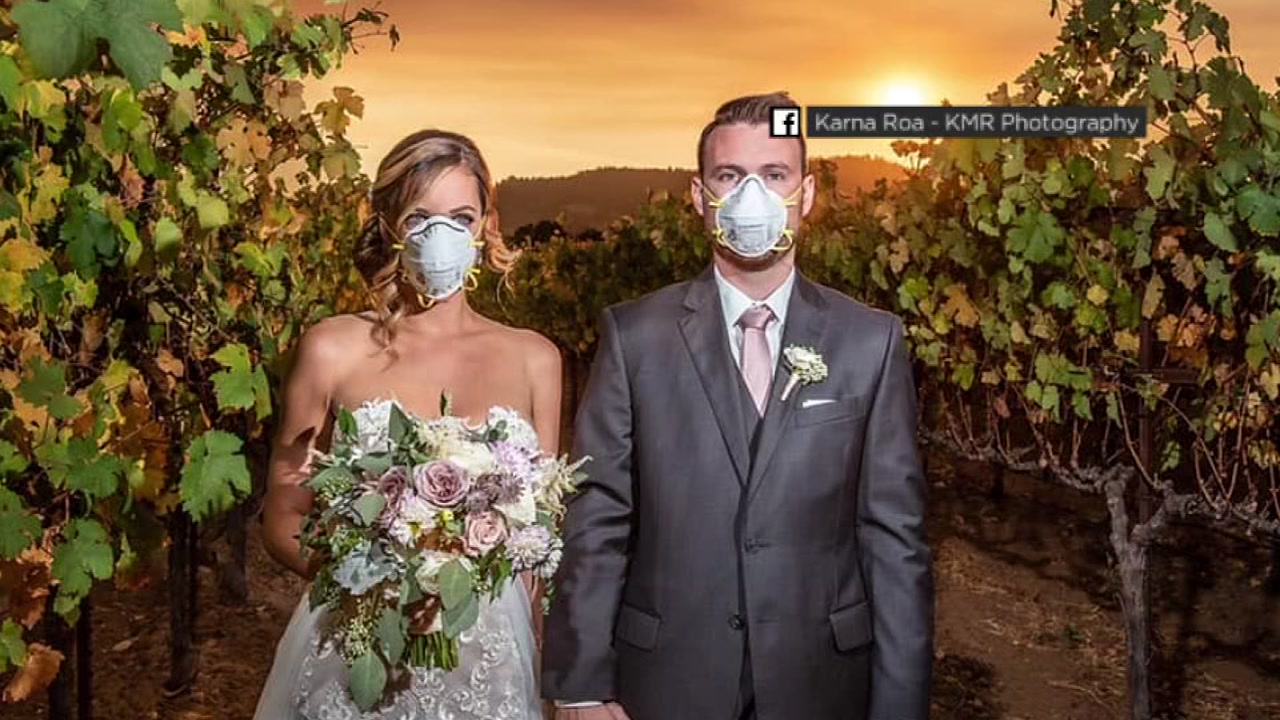 A couple from Chicago poses for their wedding photo in a vineyard near Chateau St. Jean Vineyard in Kenwood on October 26, 2019.

The couple behind the masks are Katie and Curtis Ferland. With the help of wedding planners from Orchard Avenue Events, the newlyweds, from Chicago, got married Saturday night at Chateau St. Jean vineyard in Sonoma County. The Kindcade Fire burned just miles away.

"The first thing we see on TV when we turn it on is flames everywhere," Curtis said.

Katie and Curtis were expecting they'd have to cancel. First, they had to move to a hotel after their Airbnb lost power. Then they had to move their rehearsal dinner. And then, on Saturday, most of their vendors and staff were forced to evacuate.

Still, the show went on.

"The night before, basically I had to redesign the entire event," Sara Sugrue, an event planner with Sonoma's Orchard Avenue Events said. "We actually worked off a skeleton crew to make this happen."

Karna Roa captured the now-viral photo to prove it.

"I was thinking of 'American Gothic,' the 1930's painting that was the regular, normal of American life at the time," Roa said. "And all of a sudden, in a very strange way, this has become our new normal of the wine country."

She said she sees it as, "the new 'American Gothic.'"

After she posted it on social media, the picture went viral drawing attention from around the country.

Early Sunday morning after their wedding, Katie and Curtis - along with all of their guests - were forced to evacuate from the fire. They came to San Francisco and within hours someone broke into Katie's parent's car. Thousands of dollars of laptops, iPads and other merchandise from her family were stolen.

But despite all the obstacles, Katie and Curtis say this photo is their lasting memory: A reminder of all the people who came together to make the most important day of their lives happen.