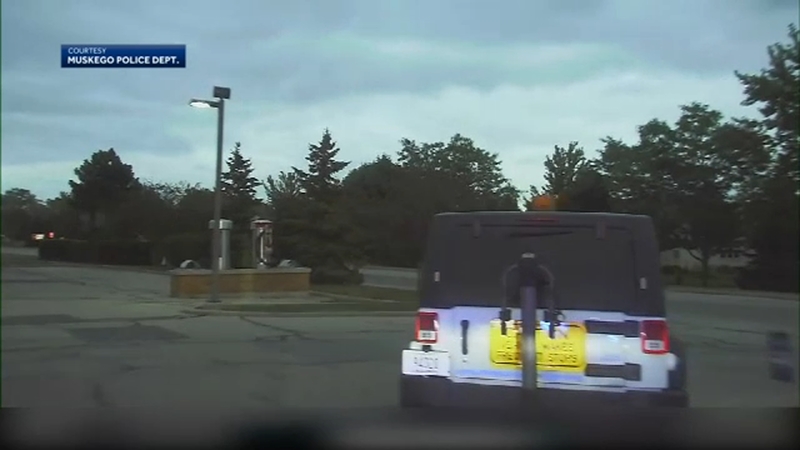 MILWAUKEE, Wis. -- A Wisconsin man led police on a car chase after stealing an unusual vehicle in September of last year.

Dashcam video shows just how baffled police were about the incident.

It all started in Milwaukee and ended 18.5 miles away in Muskeo, Wisconsin, after a man jumped in a city parking vehicle and took off, WISN reported.

Then, in a different jurisdiction, those squads kill their lights and sirens, and it's up to Muskego police to take over.

Less than a mile away, it escalates rather quickly.

With that, the chase is on once again.

Body cameras pick up the confrontation from there and, eventually, a hand emerges from the stolen Jeep.

Then, the person slowly turns around then he goes to the ground. On the ground, the driver puts his hands behind his back to surrender.

The body camera is blocked in the moment, but the microphones pick up something clear just as a siren stops.

Officer: Did he steal a parking jeep?

Police said the man behind the wheel was Kordell Grady. He was charged with taking a vehicle without consent, fleeing police and recklessly endangering safety.

He is currently serving three years behind bars, with another three years of extended supervision.