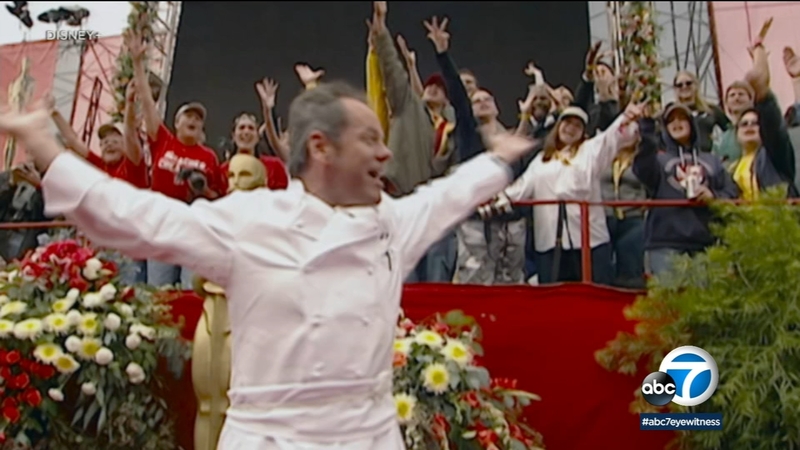 HOLLYWOOD, LOS ANGELES -- Wolfgang Puck is the man who essentially branded the term "celebrity chef." His resume includes two Michelin stars, two James Beard Awards, over 100 restaurants around the world, and a line of prepared food in major grocery stores.

A new documentary shows us his rise to fame, but also his very humble beginnings. "Wolfgang" is a celebration of a life well lived. But it's also a look at how hard work and determination can get you where you want to be.

Long before his celebrated life and rise to being a global star on the culinary stage and feeding Hollywood's biggest stars, Puck had a troubled childhood in Austria. He made the documentary with the hope it could serve to inspire others to follow their dreams.

"I wasn't born when we opened Spago, you know, my youth and the difficulty I had with my stepfather, the difficulties I had when I started my apprenticeship at 14 years old," said Puck. "But with perseverance you can achieve something. And I want people to see you know what? If he can do it I can do it."

"At least in the U.S., the restaurateur was the base of the restaurant and the chef was in the kitchen," said Gelb. "Wolfgang changed all that."

Puck thinks, no matter your cooking skills or your connection to the kitchen, we all have deep seeded feelings about how food affected the way we grew up.

"We all do remember smell of our childhood. And I think what I really believe is I had great memories from the food, when my stepfather wasn't there," said Puck. "When my mother made wiener schnitzel or a coffee cake on Saturday morning, the smell of the house, the smell of the food, is still in my head."

"Wolfgang" premieres on Disney+ on June 25.