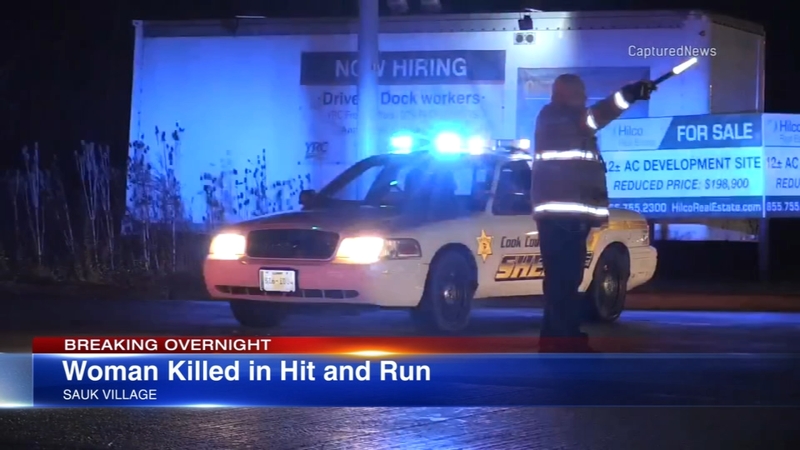 Police are looking for a white GMC Sierra pickup truck, which has extensive front-end damage, in connection to the incident.

At about 7 p.m., the sheriff's office received a report of an unresponsive woman on the road in the 2100 block of Lincoln Highway. Investigators said it was determined the woman was struck by a vehicle and the vehicle left the scene.

The woman was pronounced dead on the scene. Authorities have not released her identity.

The Cook County Sheriff's Police are investigating the incident.

Anyone with information about the driver or the incident is asked to call sheriff's police detectives at 708-865-4896.
Report a correction or typo
Related topics:
sauk villagetraffic fatalitieshit and runwoman killed
Copyright © 2021 WLS-TV. All Rights Reserved.
More Videos
From CNN Newsource affiliates
TOP STORIES