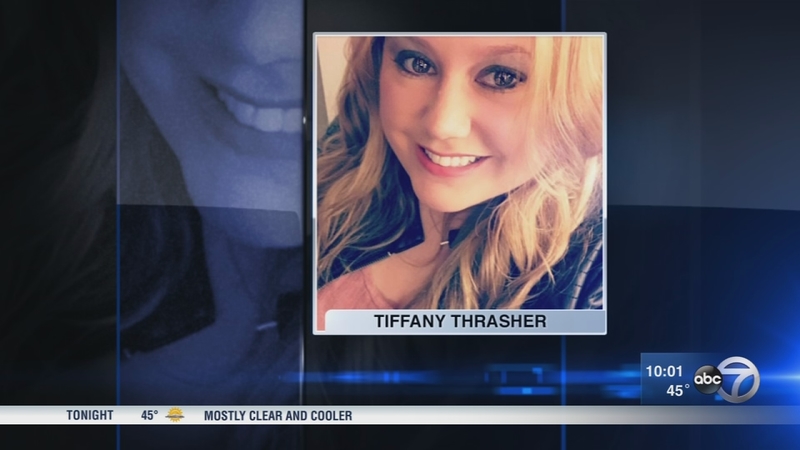 A 33-year-old woman was found strangled in her Schaumburg apartment this weekend, authorities said Monday.

The victim was identified as Tiffany Thrasher and lived in the 2600-block of Clipper Drive, police said.

Schaumburg police said they forced their way inside her ground-level apartment, where they found her body. They believe she was murdered between 8 p.m. Saturday and 11:45 a.m. Sunday, police said.

"We believe she was out to dinner Saturday evening around 8:30 p.m., was the last time and that was with friends," said Sgt. Christy Lindhurst said.

Police responded to a well-being check on Thrasher after she didn't show up for church Easter morning.

"Very unusual for her not to show up for church, she was planning on being there," Lindhurst said.

According to her Facebook, church and old friends were what she lived for.
"She lived her life for God, that's all her Facebook and what everything was about, was her going to church," said one of Thrasher's friends who asked not to be identified.

She hadn't lived in the apartment, which she shared with a female roommate, long. Investigators said Thrasher's roommate was out of town over Easter weekend.

A small boarded up window on the apartment indicates someone may have broken in.

"As for how the offender got in or exited, I don't have information," Sgt. Lindhurst said.
"I heard the thing about the break-in but, um, what I seen on her Facebook that last week that she had made a post about an ex getting in touch with her, and kinda getting her down," her friend said.

Nearly 36 hours after finding Thrasher dead, investigators still have her apartment taped off as a crime scene.

Anyone with information is asked to call Schaumburg police detectives at 847-882-3534.

A woman was found strangled April 16, 2017 in her Schaumburg apartment in the 2600-block of Clipper Drive.