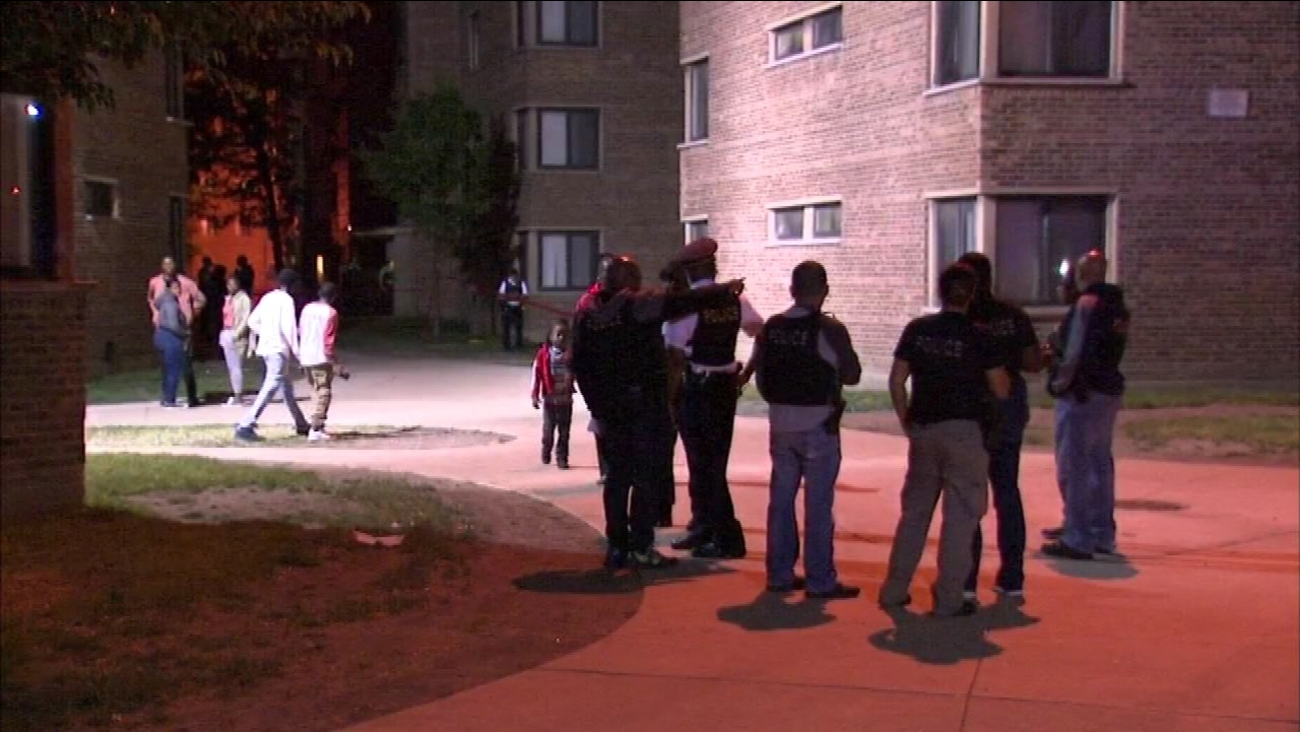 CHICAGO (WLS) -- Two people were shot, including a child, at an apartment complex in Chicago's Woodlawn neighborhood, police say.