3 killed in crash in unincorporated Woodstock 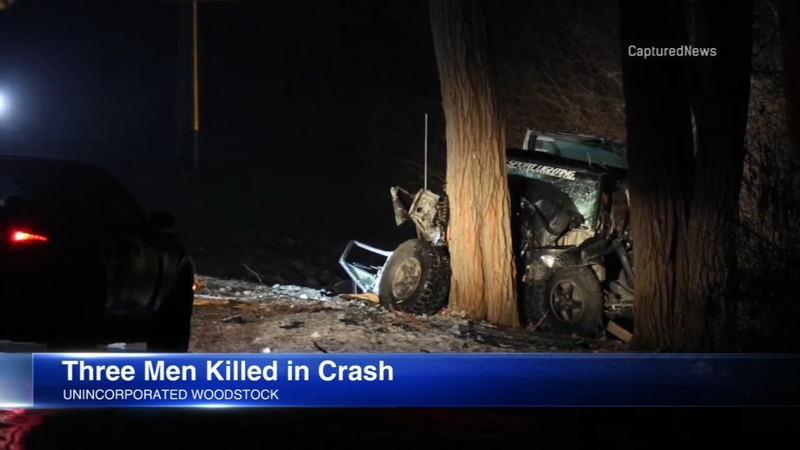 The victims, who were not immediately identified, include two 20-year-old men and a 21-year-old man. A fourth man, 20-year-old from Woodstock, was a passenger in the the vehicle and seriously injured.

The crash occurred at about 3:30 a.m. in the 3100 block of Lily Pond Road of unincorporated Woodstock. The four victims were in a 1994 Jeep Cherokee, which was driven by one of the 20-year-old men who was killed.

The Jeep was traveling northbound on Lily Pond Road when it left the road south of McConnell Road to the west of the road and struck a tree.

The victims were pronounced dead at the scene.

The fourth occupant was transported to Northwestern Hospital in Huntley and later transported by ambulance to Advocate Lutheran General Hospital in Park Ridge in serious condition, police said.