2 charged in aggravated robbery of man leaving work in Woodstock 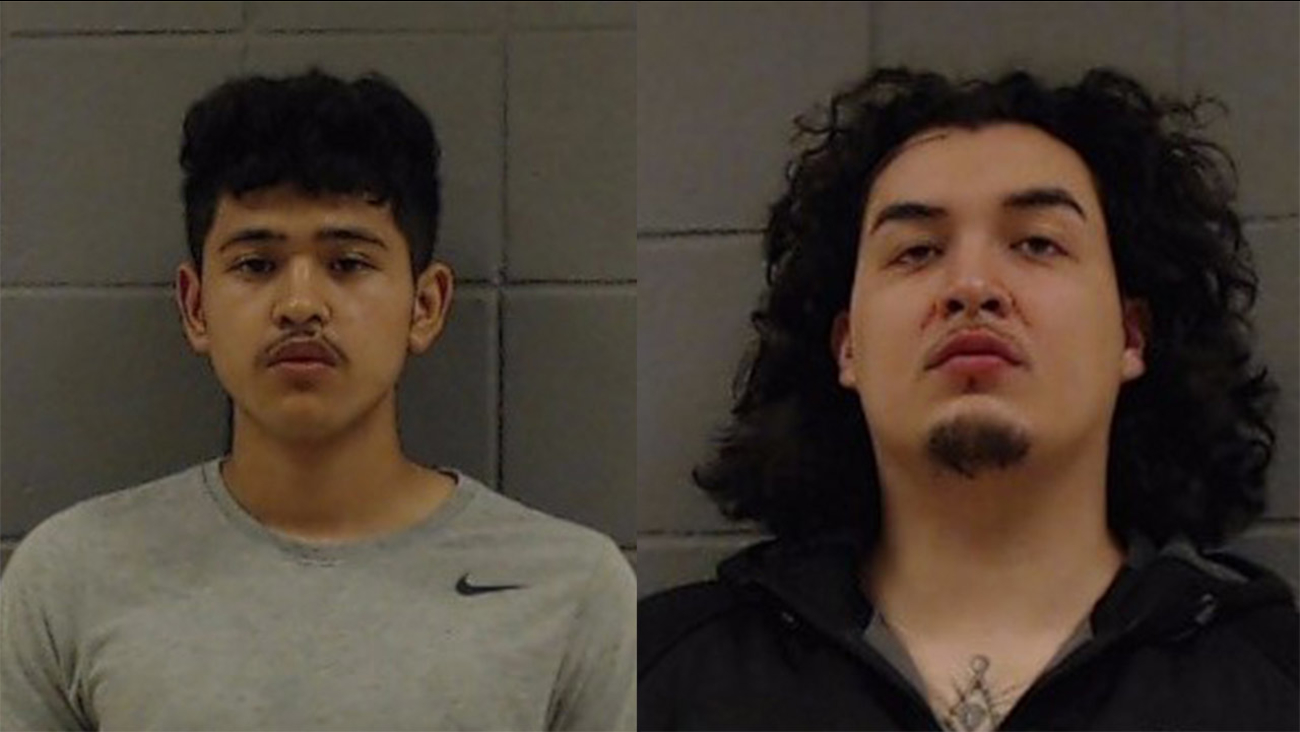 WOODSTOCK, Ill. (WLS) -- Two men have been charged with aggravated robbery after a man in Woodstock, Ill. was attacked and had his cell phone taken while leaving work last week, police said.

Police responded to a report of an aggravated robbery in a parking lot in the 1200-block of Davis Road at about 9:12 p.m. last Tuesday. Officers found a man bleeding from injuries to his head, police said. He was treated by the Woodstock Fire/Rescue Department.

Police said the victim was walking to his car after finishing work when two men, one armed with a handgun, demanded money and his cell phone. After refusing them, one man hit the victim in the head with the butt of his handgun and the other punched the victim in the face with his fist, police said.

After analyzing surveillance video from nearby businesses and talking with witnesses, police identified the suspects as Bryan Estrada, 18, of Woodstock and Andres Luis Hernandez, 21, whose last known address was in Harvard, Ill.