CHICAGO (WLS) -- Veterans Day will be observed Wednesday, marking 70 years since the end of World War II and the liberation of Nazi death camps. Nine Chicagoans who survived the horrors of war and the Holocaust are being honored Tuesday night.

"I went through something that very few people alive today can talk about," Dr. George Brent said.

Brent's family - his father, who was a pharmacist, his mother, and 10-year-old brother - were among hundreds of Jews transported by box car from Hungary to Auschwitz. On arrival, they were immediately separated.

"I saw my mother and brother get off the train from the corner of my eye, and I didn't have the chance to say anything to them -goodbye, or hello, or see you again - that was the last I saw them," Brent said.

Brent was 15, and allowed to live because he could perform labor. Moving to different camps every day brought degradation, sickness and death. They were fed so little by the day of liberation, Brent weighed no more than 70 pounds. But he had survived, and so had his father.

Thirty-five years later in a Skokie bookstore, Brent noticed a book, leafed through it, and was stunned. Before him were pictures of Jews arriving at Auschwitz - including his arrival. In one, his father, and in another, more difficult to tell, a woman Brent believes to be his mother.

"You can see my dad here, and behind him, there's a face. That's me," Brent said.

On Brent's left arm there is still his work camp tattoo - faded by time, but not from his memory. 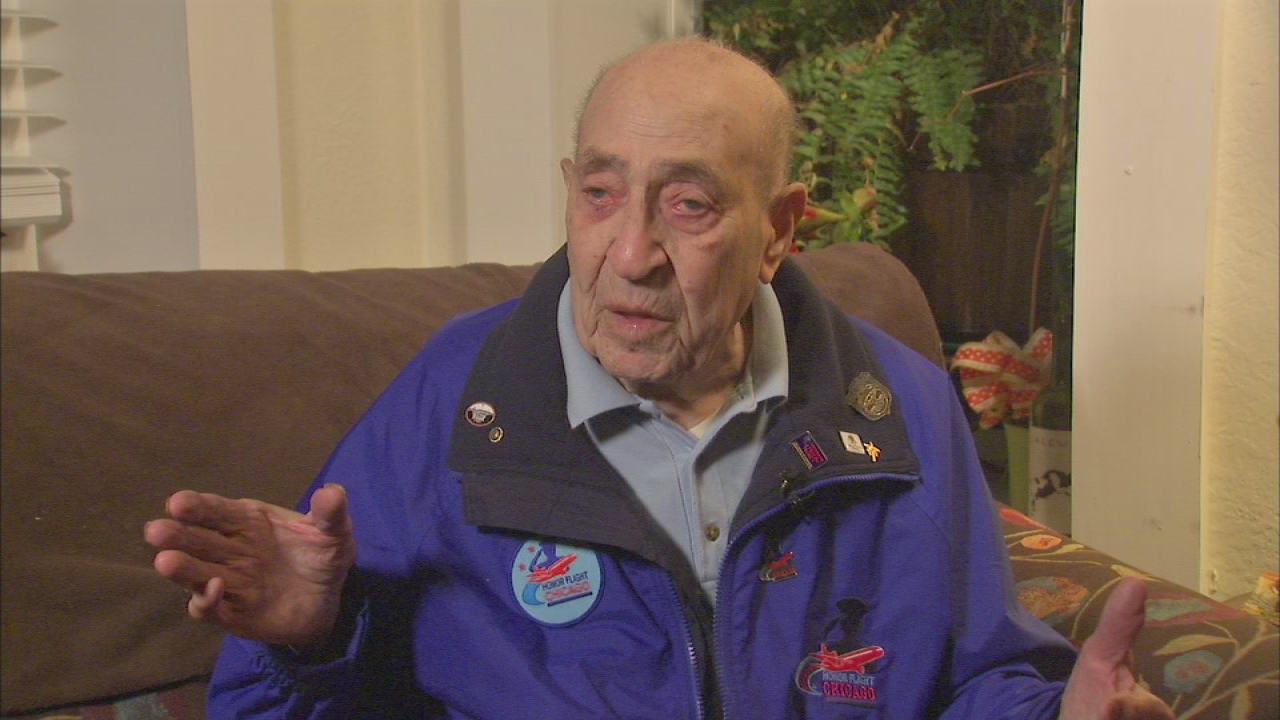 Half a world away from Brent, Tony Gargano was enduring another kind of hell. He and his Navy shipmates were doing slave labor in a Japanese POW camp, Hakodate.

"Suffering is one thing, but torture is something you can't believe," Tony Gargano said.

Constant beatings, little sleep, little food, and backbreaking work - it was very much like the movie "Unbroken", only worse, Gargano said.

The only clothing they were given came just before the Red Cross came to inspect. They had to give back the clothing after the inspectors left.

"My mom died of a broken heart," Gargano said.

His mother died while he was in prison - she thought he was dead. But he made it home, though he didn't talk much about it until recent years.

"You know, sir, I'm not a hero. The heroes are wearing white flags and white crosses. Those are your heroes," Gargano said.

Gargano, now 95, healed after the war, worked hard, raised a big, proud family. He recently went on an honor flight Chicago trip to the nation's capital. His son says it's given him a renewed vigor.

Dr. Brent, now 86, became a dentist here, and a dental professor. He raised a family and tells his life experience as a volunteer at the Holocaust Museum.

These two men and seven other equally remarkable people are being honored Tuesday night by a big audience organized by the Lake County Circuit Court Clerk and colleagues. They simply want to remember and salute.