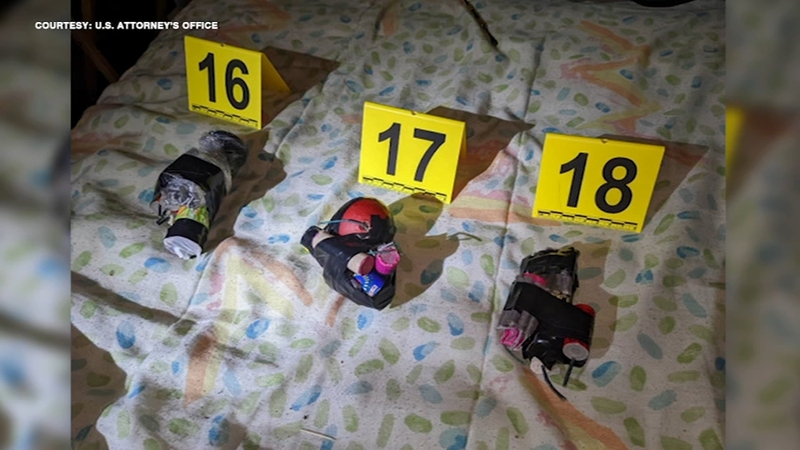 CHICAGO (WLS) -- A Maine teenager found with homemade explosives had allegedly plotted to travel to Chicago and commit mass murder at places of worship.

Xavier Pelkey, 18, of Waterville, Maine, was arrested two weeks ago at his home. Authorities believe his plan was to commit the attacks and be killed by police.

The potential murder spree in Chicago was foiled by federal investigators. Pelkey is now in custody after his apartment was raided by the FBI on February 11.

Inside, investigators said they found handmade, rigged explosives, which included fireworks bundled together with tape.

According to court documents, the 18-year-old told agents he taped the fireworks together because he wanted to make a "bigger boom."

Investigators believe that threat was targeted towards worshippers in Chicago.

According to prosecutors, Pelkey tried to recruit two juveniles, detailing his plan to them on Instagram.

Prosecutors say one juvenile "described a plot... that involved going to a mosque in Chicago and committing, frankly, mass murder ...potentially moving on to another mosque or synagogue and doing the same thing and then ultimately culminating in being shot by police."

"This type of scenario, I could assure you, wasn't on the list of things that we would typically foresee," said Jay T'cath, executive vice president of the Jewish United Fund.

It comes as many places of worship have ramped up their security amid an uptick in crimes targeting Jewish and Muslim communities.

"And that's why, unfortunately, we have to expend too much time, money, and emotional distress thinking about security," T'cath said.
Pelkey is now charged with possessing unregistered destructive devices.

While some faith leaders are calling on more charges to be filed, they say these allegations remain a looming threat for those in the Jewish and Muslim communities.

"We've come to learn, however, we won't enjoy anything other than temporary relief because the next attack motivated by bigotry is coming for us," T'cath said.