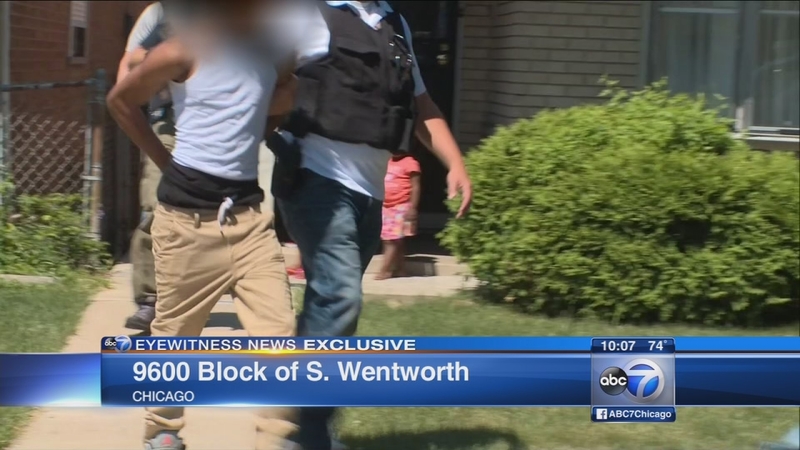 CHICAGO (WLS) -- Chicago police said they have arrested and charged a 16-year-old boy in the fatal shooting of a city employee outside a Bronzeville Starbucks in May.

Chicago Police Supt. Eddie Johnson announces a 16-year-old boy has been arrested and charged in the shooting death of Yvonne Nelson.

Chicago Police Superintendent Eddie Johnson said the 16-year-old suspect, who was 15 at the time of the shooting, was arrested without incident near 96th and Wentworth on Chicago's South Side shortly before 12 p.m. Friday. He is currently charged as a juvenile with first degree murder, but he's expected to eventually be charged as an adult.

"If you choose to engage in this kind of activity, then we'll hold you accountable for it," said Johnson.

Johnson said the suspect had a history of criminal activity, including a 2015 arrest and sentence of probation for robberies committed in 2014 with a BB gun. Police say he was still on probation at the time of the shooting.

Police say multiple surveillance cameras near the shooting scene and information from people in the community helped them identify the suspect early in the investigation but his family was uncooperative.

"They indicated they were going to bring the individual in and surrender him, and they failed to keep that appointment," said Chicago Police Chief Eugene Roy.

Instead police began surveillance on known associates and eventually located the suspect.

The superintendent thanked the police department's federal partners, including the U.S. Marshals, for assisting in the investigation and arrest.

Yvonne Nelson, 49, was killed May 20 as she walked out of the coffee shop near 35th and State Street. She was an innocent victim of gang gunfire, police say, and the bullet was intended for a gang member who happened to be on the same sidewalk. That man survived his wounds, but Nelson died at the hospital.

Nelson was a city employee who worked as a 311 operator in the Office of Emergency Management and Communications. She was part of a close knit family, a beloved daughter and sibling.