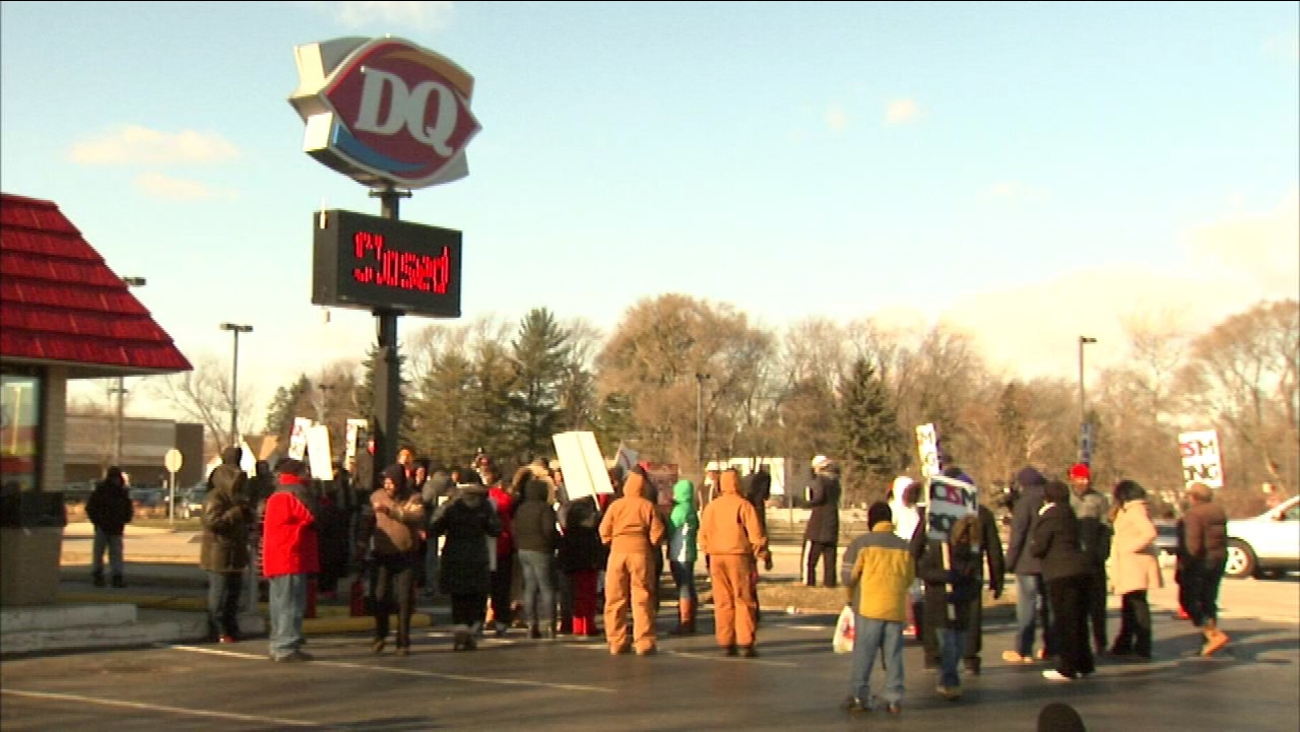 Protesters outside a now closed Zion Dairy Queen after a franchisee used racial slurs against a customer.

ZION, Ill. (WLS) -- Protestors gathered Saturday outside a now closed Dairy Queen in the northern suburbs, where the franchise owner used racial slurs against a customer.

Ford, a mother of two, said she went to Dairy Queen in Zion for food Wednesday morning. She said she didn't receive her full order and asked for a refund, and did not expect what happened next when Crichton approached her. She said Crichton used racial slurs in front of her two young children.

"Just how quickly everything happened i mean it's been what a few days and the support and everything that's happened is just overwhelming. I'm absolutely amazed on how everything turned out," Ford said.

Ford has retained a lawyer and is considering taking legal action.