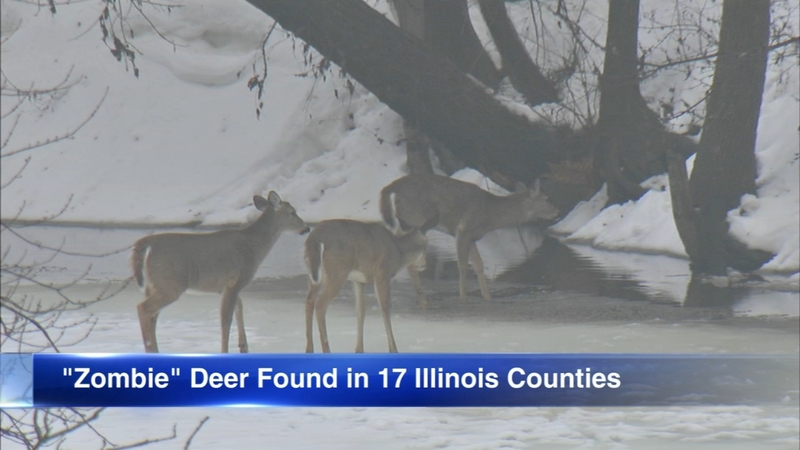 Animals with a disease known as "zombie deer" have been reported in 17 Illinois counties, as well as 23 other states, according to the CDC.

The illness, called chronic wasting disease (CWD), was reported in free-ranging deer, elk and/or moose, according to recently released data from the Centers for Disease Control & Prevention.

Animals with the disease have a zombie-like stare and they become so gaunt that their rib cages become exposed.

Hunters should have all game tested before they consume any animals they kill.

If the disease could spread to people, it would most likely be through eating of infected deer and elk, the CDC said. However, to date, there is no strong evidence for the occurrence of CWD in people, and it is not known if people can get infected with CWD prions.

Scientists believe the disease likely spread between animals through body fluids like feces, saliva, blood, or urine, either through direct contact or indirectly through environmental contamination of soil, food or water. Once introduced into an area or farm, it can be very contagious within deer and elk populations and can spread quickly. Experts believe the CWD prions can remain in the environment for a long time, so other animals can contract CWD from the environment even after an infected deer or elk has died.