WLS
By Michelle Gallardo
CHICAGO (WLS) -- Ten men are the latest group of people who have been exonerated after reportedly being framed by former Chicago Police Sergeant Ronald Watts.

Monday's mass exoneration brings the total number of people whose Watt-related drug convictions have been dismissed to 59. And while these men are now vindicated, their lives have, in most cased, been irreparably altered.

Derrick Lewis served five years in prison. He was framed not once, but twice, by Watts and his team. Watts was indicted in federal court seven years ago.

"We could tell you stories about what we went through being locked up. But it get deeper than that. Some of us lost our families behind this," Lewis said.

One of ten men exonerated in Cook County Criminal Court, Lewis's story is that of every other man who's stepped up to the microphones, in what is now the fourth mass exoneration here, in the last two-plus years. Their convictions were vacated by State's Attorney Kim Foxx. All were either residents or regular visitors to the Ida B. Wells housing project during the time when Watts is accused of running a protection racket, planting evidence and fabricating charges to facilitate his team's own drugs and weapons trade.

"The man gave me 52 bags of heroin. Each and every bag had fentanyl in them," exonoree Kim Wilbourn said.

And while Watts was convicted for his crimes in 2013, fallout from the exonerations has led the Chicago Police Department to place 15 officers with ties to Watts on desk duty.

In a statement Monday, Chicago Police spokesman Anthony Guglielmi said: "There is an open COPA investigation and we are cooperating fully with their case. The officers were not criminally charged."

"This was an open secret. The entire system was aware of what was going on and no one did anything about it. If you're an officer that was involved in this cover-up we think you should lose your job," said Sean Starr, of the Exoneration Project.

Four more men are expected to have their convictions thrown out on Wednesday, but it doesn't end there. Lawyers from the Exoneration Project said they have already vetted an additional 38 individuals, whose cases are now being reviewed by the State's Attorney.
Report a correction or typo
Related topics:
chicagoloopconviction overturnedcorruptionchicago police departmentwrongful conviction
Copyright © 2021 WLS-TV. All Rights Reserved.
RELATED 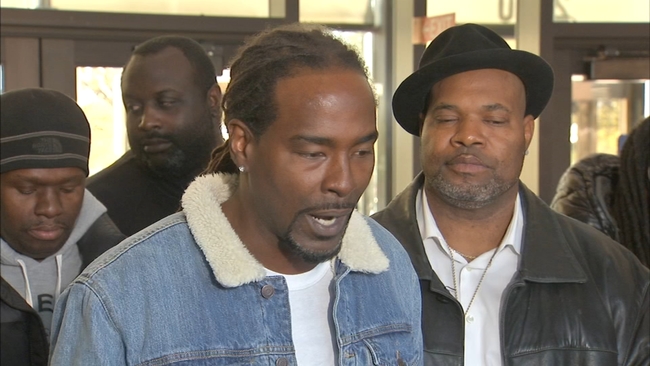 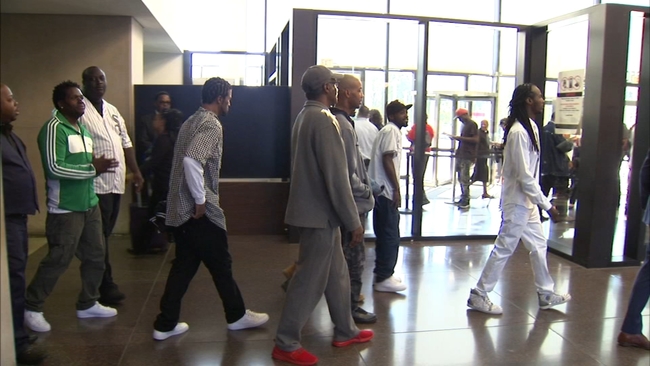