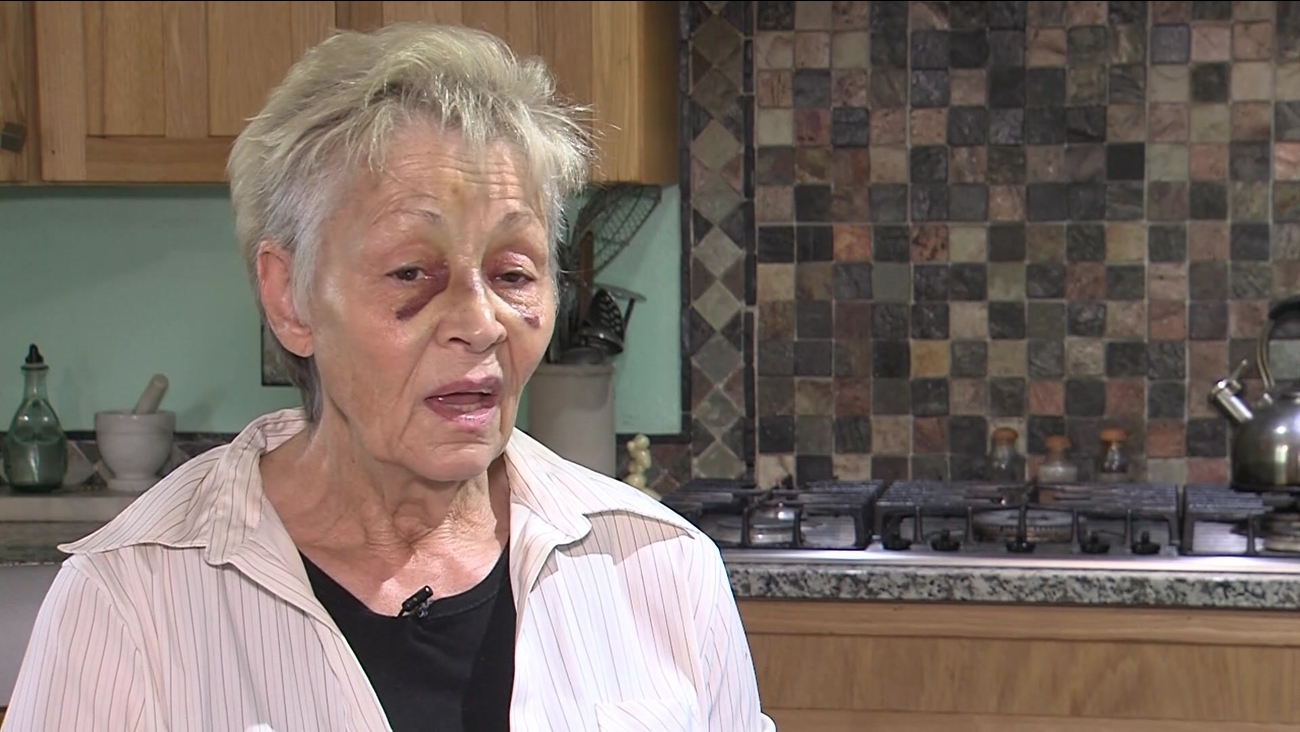 P.K. Shader speaks out after being repeatedly punched by a 17-year-old Walmart employee on July 7. (WDJT)

MOUNT PLEASANT, Wis. -- The elderly woman who police say was repeatedly punched by a 17-year-old Walmart employee on Wednesday, July 7, is speaking out about the incident, saying this situation could have been avoided.

"It has been quite a journey and why anyone would do that? I don't know. And why no one helped is even more, especially in a Walmart store," said P.K. Shader, the victim.

The Mount Pleasant Police Department responded to the store on Oakes Road and Durand Avenue around 7:06 p.m. for reports of a 70-year-old woman who was punched multiple times in the head by a cashier, WDJT reported.

Police say Shader, a resident of Racine County, sustained injuries to the head and face but did not require immediate medical attention. Shader still has bruising in her face and says this kind of behavior from employees is unacceptable.

Both the employee and Shader indicated that the incident arose over a verbal argument. According to the criminal complaint, Shader asked to speak to a manager after having negative interaction with the employee, Jazareia Velasquez.

"The manager was right there watching the interaction. She (Velasquez) left and I looked at the manager and I said do you let her talk to all your customers like that? I didn't get a reply. As I was leaving I thought I really want to know what her name is because I want to send it to corporate," said Shader.

Shader said she didn't see her name tag and attempted to take a picture of Velazquez to report her.

"She went crazy she flew and she punched me fist right here (in the face) over and over again," said Shader.

Velasquez of Racine, was arrested and later charged with aggravated battery to an elderly person and disorderly conduct.

Shader says what took her by surprise the most is the lack of people stepping in to help her at the time and employees apparently knowing of Velazquez's temperament.

"What if it was your grandmother, what if it was your mother? The managers knew she was a loose cannon. The first manager said nothing. The second one told me. So why did they keep an employee like that? That's a bigger problem than not having security," said Shader.

As she recovers, Shader wants people to know that if they ever see an incident like this break out, to step in and help in whatever way you can.

"I just want to tell people, pull out your phone, give somebody a break. No one's asking you to dive in and be hurt but pull out your phone and document it and yell and call the police," said Shader, who plans on filing a restraining order against Velasquez.

"I'm never walking into Walmart again that's for sure but we shouldn't have to be afraid. If it was my business and I had an employee treating the customer like that, I would hope to god someone would tell me because that's crazy," said Shader.

Shader says she and her attorney are exploring options to send a message so this never happens to anyone again. Shader adds that she won't live in fear from this incident.

"The biggest part of this is not allowing myself to be afraid. I refuse, I refuse to be afraid," said Shader.

Walmart released the following statement on the incident:

"We want all of our customers to have a pleasant shopping experience in our stores. The associate involved has been suspended, and we continue to assist law enforcement in the ongoing investigation."