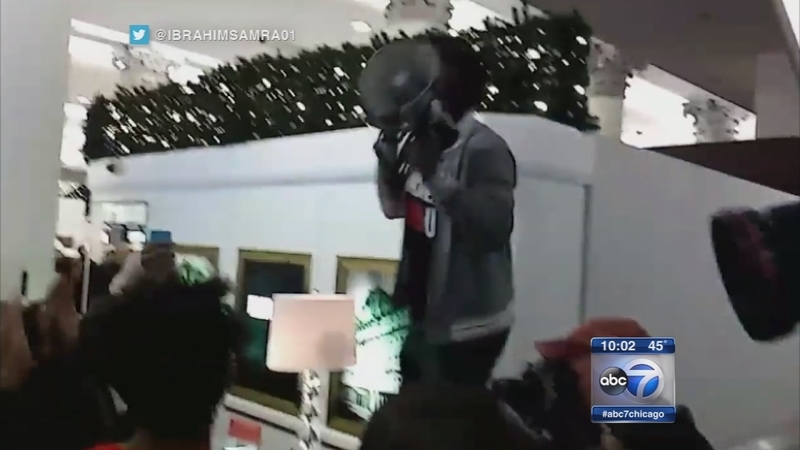 CHICAGO (WLS) -- Hundreds of protesters gathered in the Loop and Near North Side for what became a five-hour march Wednesday following Mayor Rahm Emanuel's apology for the fatal police shooting of 17-year-old Laquan McDonald.


Demonstrators initially gathered near Daley Plaza, making their way to the Chicago Board of Trade Building, Congress Parkway and back north to the Thompson Center. Groups then marched north on Michigan Avenue from Randolph, some sitting in the intersection of Michigan and Wacker. A smaller group then marched to North Avenue and State Street in the city's Near North Side.
EMBED More News Videos

Protesters marched across the Loop and Near North Side following an apology from Mayor Rahm Emanuel.

In addition to the apology, the mayor's speech also outlined his plan to restore trust between the community and police. But some say that's not enough, as some protesters carried signs calling for his resignation.

"What did you know? How much did you know? And did you suppress those tapes? Was that $5 million hush money? Can we see your emails? We have some serious questions if there's ever going to be any trust again," said Rev. Ira Acree, Greater St. John Bible Church.

One man posted a video to social media showing protesters running past Christmas decorations at Macy's, briefly disrupting shoppers as they voiced their cause.

Inside Chicago police headquarters Wednesday night, dozens of protesters erupted as Chicagoans voiced their concerns at the police board meeting.

"First, this board should move tonight to fire Dante Servin, the killer of Rekia Boyd. This board should also move to fire every officer associated with the murder of Laquan McDonald," one said.

At that meeting, police said a detailed plan will be released Thursday about the search for a new police superintendent. Police said the search will include public input.

Emanuel's speech follows the U.S. Department of Justice's decision to investigate the Chicago Police Department. Some city aldermen are also calling for a DOJ investigation of Emanuel's office.