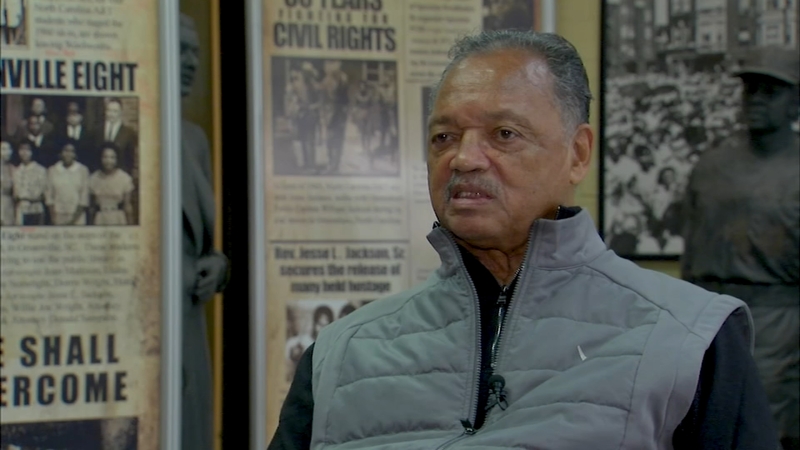 CHICAGO (WLS) -- The Rainbow PUSH Coalition is marking a major milestone this weekend, its 50th anniversary.

Jackson said the organization has been at the forefront of the fight for racial, social and economic justice.

"50 years of Rainbow PUSH number one we used our active consumer strength to negotiate with corporations," he said.

Jackson recalled one of his proudest moments was the election of Chicago's first Black mayor, Harold Washington. Jackson said he helped convince Washington to run and supported him throughout the campaign.

"Harold said look I got a good job in Congress and I don't want to leave that job," he said.

Rainbow PUSH continues to be a force for good in the community.

PUSH staff members gave out dozens of jackets to the homeless in Chicago Thursday afternoon.

"It is a jacket sleeping bag so they wear it during the day and sleep in it at night," Grant said.

Jackson said some of the biggest challenges ahead are voting rights and tackling the divide in this country.

"To stop the right wing insurrection movement in the country, the impact of the confederates rising again taking on the rest of the country is a big deal to America," he said.