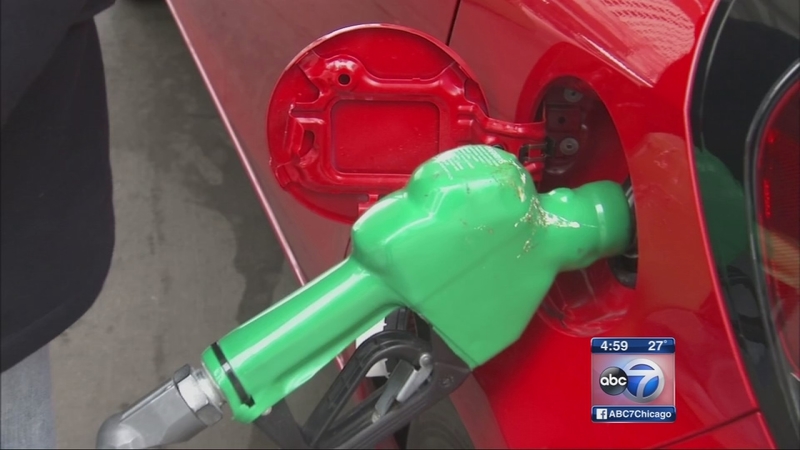 WARRENVILLE, Ill. (WLS) -- Gas prices in Chicago are still falling, but the price at the pump is having a negative impact on the economy.

Gas prices are now below the national average - as low as $1.29 a gallon in Warrenville Monday. And while you're spending much less at the pump right now, but that drop is a problem for the nation's overall financial picture.

At one point Monday, the Dow was down more than 400 points. It rallied a bit to end the day down 177 points. Those low gas prices come with a price in other areas.

"It's getting cheaper and cheaper!" said Don Johnson, motorist.

A tank of gas in Illinois is averaging $1.67 - 16 cents below the national average, according to GasBuddy.com. But as the cost to fill up your tank goes down, could this also be a sign -- the economy is tanking? Commodities trader Scott Shellady thinks so.

"It's bad for everybody. We are going to lose one-fifth of the jobs we created in 2008," said Shellady.

And he doesn't expect a market rebound anytime soon. So if you were hoping to cash in your 401K or IRA and retire in the next year, Shellady says, rethink your plans.

"The stock market is going to take a long time to recover. We need something new to boost the economy," Shellady said.

So where are people spending the money they are saving at the pump? Most we spoke to said they're getting more groceries.