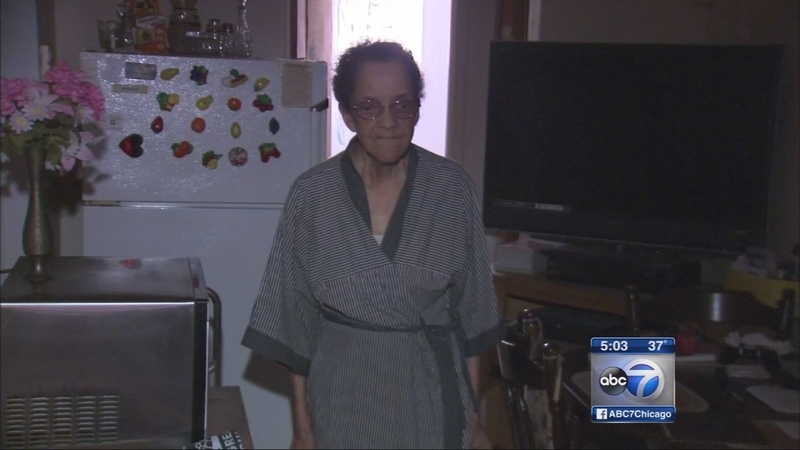 CHICAGO (WLS) -- A man whose father was shot in a home invasion more than 50 years ago, shot a would-be burglar who was breaking into his elderly mother's South Shore apartment early Thursday.

The shooter's mother, Bertha Tate, 88, said she has kept a gun nearby for protection ever since her late husband, Joseph Price, was killed in 1962. Keeping a gun nearby is a practice she passed along to her son.

At 4 a.m., her son Anthony, 54, had a .22-caliber revolver under the cushion of the chair he was sitting when someone tried to break in through a front window.

As the man's arm came through the window, his mother was sleeping in the bedroom in the apartment, located in the 7800-block of South South Shore Drive.

"I heard the gunshot," Tate said. "And then my son called me, 'Momma, somebody tried to break in the window.'"

After he was shot, the intruder ran off to a waiting car two blocks away. Police followed the trail of blood and found him immediately. The 36-year-old man was shot in the arm and taken to Stroger Hospital. He is expected to be OK, officials said.

Tate says several of her siblings and children have been killed, victims of gun violence.
She said she is not sure who the intruder was or what he intended to do, but is glad her son didn't wait around to find out.

Tate said she passed along her practice of keeping a gun close to her son.

Tate said that the intruder was lucky. If she had been the one shooting, she would have shot through the window and hit him in the chest.

No word on charges against the intruder.