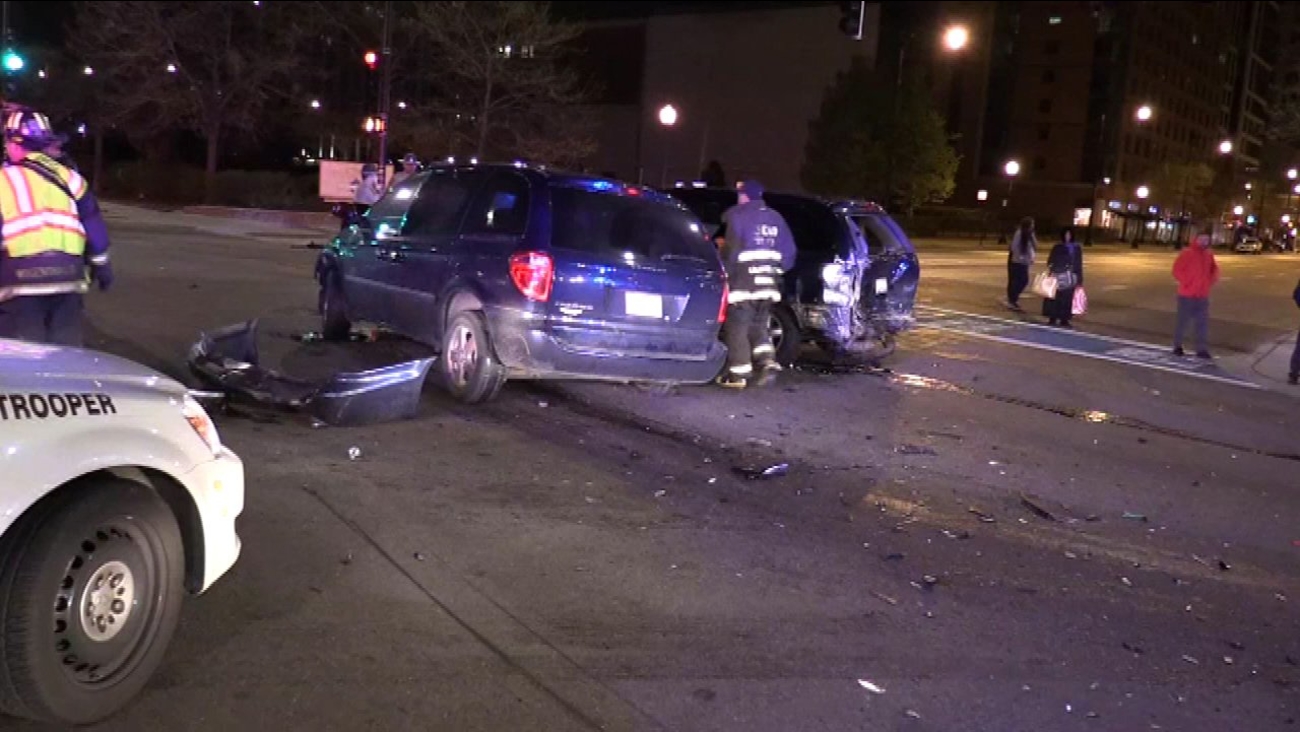 CHICAGO (WLS) -- A driver trying to get away from Illinois State Police struck two vehicles stopped at a red light in Chicago's South Loop.

State troopers tried to pull over the stolen minivan near West Roosevelt Road and South Canal Street, but the driver took off and hit two vehicles at Roosevelt and South Michigan Avenue around 11:55 p.m. Wednesday.

A man who was inside one of the vehicles struck was injured. Chicago police said he was transported to Northwestern Memorial Hospital. His condition is unknown.

When officers arrived at the crash, state police said they saw two suspects running from the scene. The troopers tried to chase them on foot, but both suspects got away.

Officers found a handgun in the stolen minivan.