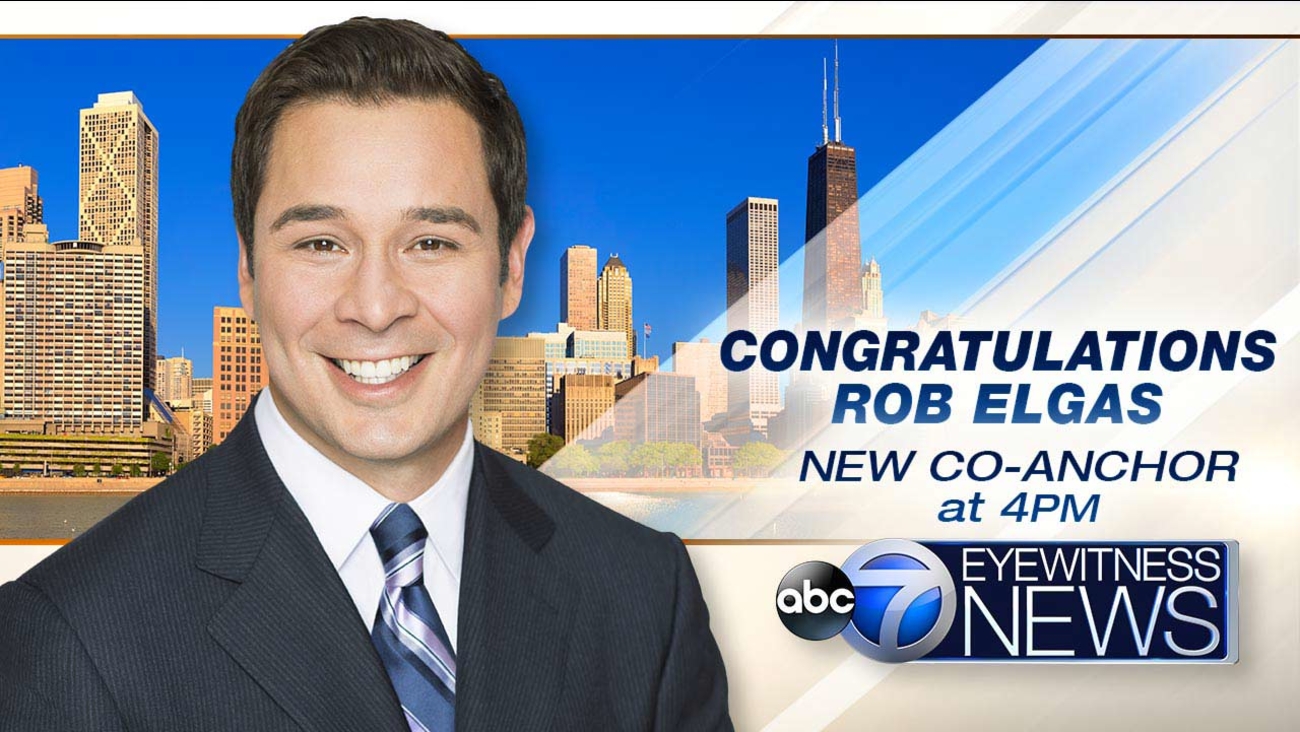 Elgas will begin co-anchoring ABC 7 Chicago's 4 PM newscast on Thursday, May 26, the same day Alan Krashesky will take the reins of the 5, 6 and 10 PM newscasts after Ron Magers' May 25 retirement.

Elgas joined the ABC 7 Eyewitness News team as a reporter and fill-in anchor on July 7, 2015.
According to Graves, "Since joining our news team Rob has done an outstanding job for us. He's a Chicago area native who relishes covering news in and around Chicago and has forged a real connection with viewers here. His on-air warmth, experience and enthusiasm for his work are the same qualities that have made him such an integral part of our newsroom this past year."


Elgas joined ABC 7 from NBC 5 in Chicago where he anchored the early afternoon news and reported for the late evening news. An award-winning journalist, Rob most recently won an Associated Press and Peter Lisagor Award for his live breaking news coverage of protests in Chicago in 2014. He has also won several Emmy Awards, co-hosting various specials, including a Winter Olympic special titled "Hometown Hopefuls" featuring Chicago Olympians in 2006.
Prior to his return to Chicago in 2002, Elgas worked for ABC7 in El Paso, Texas. Hired in 1998, He was a weekend anchor before co-anchoring the morning show from 2000-2002.