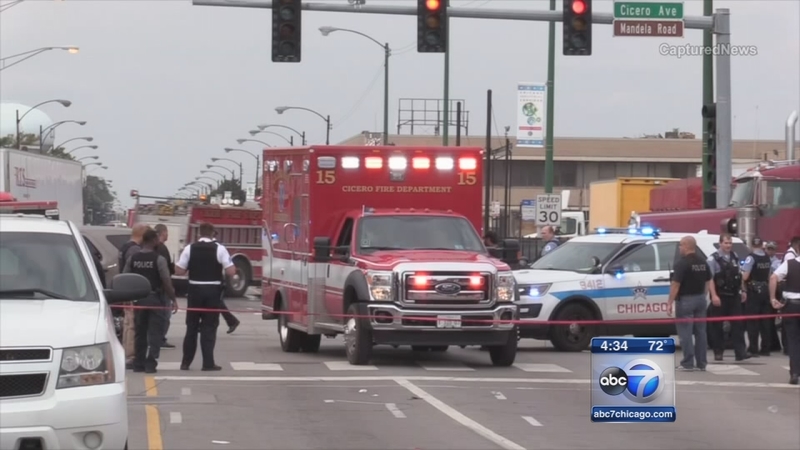 CHICAGO -- A Chicago police officer who is hospitalized after she was severely beaten said she was afraid to use her gun because of the scrutiny she would have faced, Supt. Eddie Johnson said.

On the morning of Oct. 5, 2016, police responded to a car crash at Roosevelt and Cicero on the city's West Side where officers encountered a man that police allege was violent and under the influence of drugs.

Three officers were hospitalized in the incident. One officer who was severely beaten told Supt. Johnson she was afraid for her life and afraid to use lethal force with all of the attention on the police department's previous actions and fatal incidents.

"It is terrible. It is total disregard for law enforcement. They put their lives forward every day for us and to see somebody do this, to pummel the police officer is terrible. It is a terrible thing," business owner Louie Rainone said.

ABC7 reached out to the Fraternal Order of Police but did not get a comment.
Report a correction or typo
Related topics:
north lawndaleofficer injuredpolice shootingpolice brutalitychicago police department
More Videos
From CNN Newsource affiliates
TOP STORIES