Trump tweets he'll 'send the Feds' to Chicago for violence 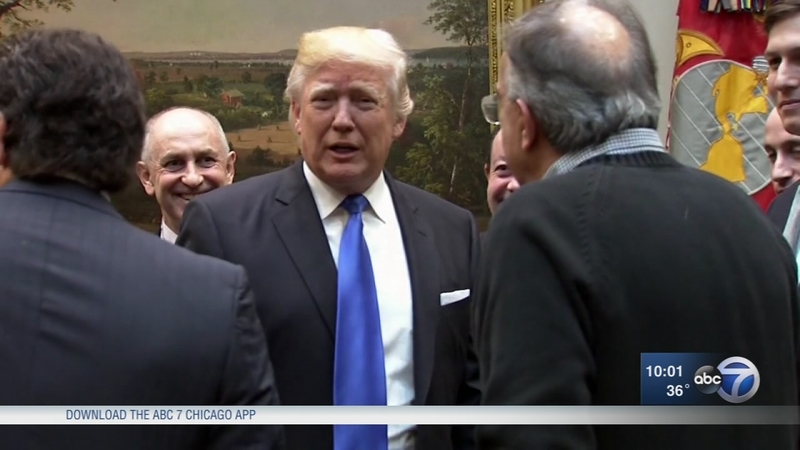 Trump tweets he'll 'send the Feds' to Chicago for violence

Trump tweeted that the city had 228 shootings with 42 killings (up 24% from 2016)." As of Tuesday night, Chicago police reported there were 38 fatal shootings in Chicago. The most recent was the fatal shooting of a 21-year-old man on the Far South Side around 7:45 p.m.

Trump had criticized the city's gun violence problem and Mayor Emanuel's handling of it while on the campaign trail.

"You don't often see the National Guard getting federalized and getting deployed, and there's all sorts of reasons for it, not the least of which is that they can step on the toes of locals and there has be to be very good coordination. It's usually only done in the most extreme circumstances," said ABC7 Legal Analyst and former federal prosecutor Gil Soffer.

Soffer also said it's not clear what Trump meant by "the Feds." He is authorized to send in the National Guard, as well as to increase federal funding to programs to combat violence in the city.

Chicago Police Superintendent Eddie Johnson released a statement saying, "As the Mayor said just a few hours ago, the Chicago Police Department is more than willing to work with the federal government to build on our partnerships with DOJ, FBI, DEA and ATF and boost federal prosecution rates for gun crimes in Chicago."

A spokesperson for Mayor Emanuel released a statement, saying, "The Mayor has addressed how the federal government can help address violence several times, as recently as tonight on WTTW."

"I believe that we should be making investments, both in jobs, alter after school activities, helping police officers. All those efforts," Emanuel said on WTTW Tuesday night.

Chicago ended 2016 with 762 mudrers, the highest in nearly 20 years. Inside the busiest trauma centers, doctors say it's getting worse.

Rev. Jesse Jackson tweeted his response, saying, "We need a plan, not a threat."

We need a plan, not a threat. We need jobs, not jails. #Chicago

Earlier in January Trump tweeted that Mayor Rahm Emanuel should ask for federal help if he can't quell the rising crime. At the time, Emanuel's spokesman Adam Collins responded in a statement saying that if the federal government really wants to help, it can fund summer jobs programs for at-risk youth and pass meaningful gun laws.

Chicago murder rate is record setting - 4,331 shooting victims with 762 murders in 2016. If Mayor can't do it he must ask for Federal help!