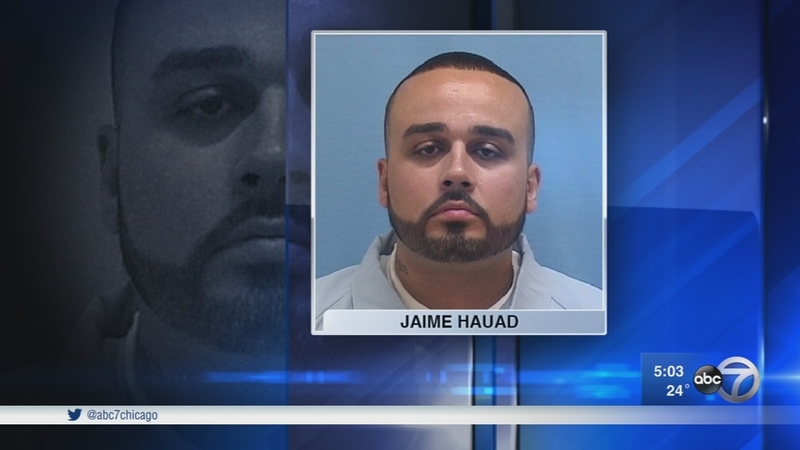 CHICAGO (WLS) -- A man who said he was denied justice when he was convicted of a double murder 20 years ago may be getting his case reinvestigated by the Cook County State's Attorney's conviction integrity unit.

Jaime Hauad, who will be 37 years old on Sunday, was convicted of killing two rival gang members outside a bar in the Chicago's Avondale neighborhood in May of 1997. He remains incarcerated at Pontiac Correctional Center, where he's serving two concurrent life terms for murder plus 15-years for an aggravated battery charge.

Hauad has always maintained his innocence, and both the Illinois Torture Commission and an Illinois appellant court support his claims that he was tortured by Chicago police officers into confessing.

Jaime Hauad's attorney, Alison Flaum, said prosecutors reached out to her several days ago to talk about a possible reinvestigation.

"We are extremely grateful that the Cook County State's Attorney's office has invited us to meet with them about Jaime's case...and when they have reviewed all of the evidence they will see that he is absolutely innocent," said Flaum.

The development came as community activists and the relatives of others allegedly wrongfully convicted held a demonstration at the Cook County Criminal Courts building Thursday morning in support of Hauad.

"He has been fighting for his freedom for a crime he didn't commit," said Bertha Escamilla, a community activist.

The group also demanded that Cook County State's Attorney Kim Foxx keep her campaign promise to make more of these cases a priority.

"We don't understand what logic or moral persuasion is governing her where she doesn't want to get to the bottom of this too," said Frank Chapman of the Chicago Alliance Against Racist and Political Repression.

A spokesperson with The Cook County State's Attorney's office issued this statement:

"The Cook County State's Attorney's office has been in contact with attorneys for Mr. Hauad and his family and is reviewing this case as part of a comprehensive evaluation of the office's conviction integrity unit."

The group wants Hauad set free as soon as possible, and despite there being a statute of limitations in place, they would also like to see those who tortured him prosecuted to the fullest extent of the law.
Related topics:
cook county
Copyright © 2021 WLS-TV. All Rights Reserved.
More Videos
From CNN Newsource affiliates
TOP STORIES