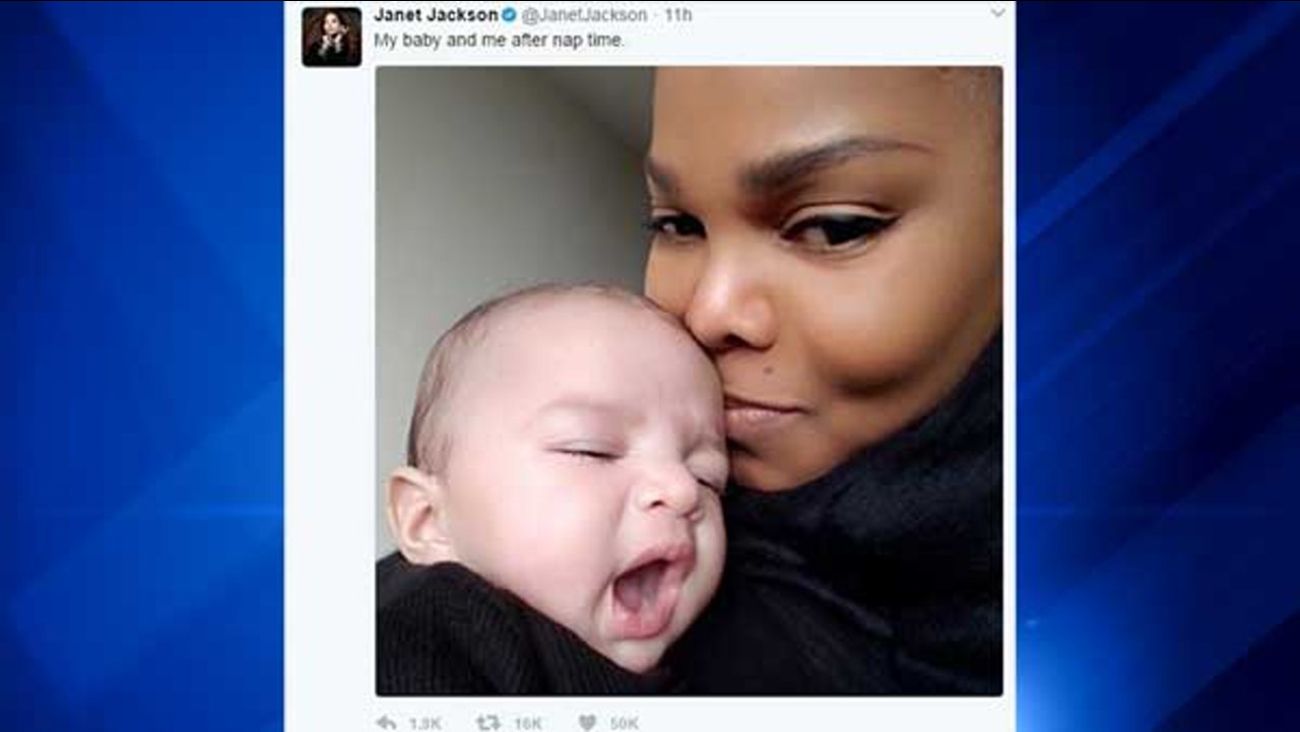 Janet Jackson posted the first photo of her son, Eissa, on social media and her website. (Twitter/@JanetJackson | CNN)

Fans got a first glimpse of Janet Jackson's baby boy, Eissa, via the pop star's website and social media on Friday.

"My baby and me after nap time," Jackson wrote in the photo she shared that shows her hugging Eissa while he yawns.

Jackson, 50, and her husband, Wissam Al Mana, welcomed their first child in January after a "stress-free healthy delivery," a representative for the singer said.

"I thought it was important that you be the first to know," she said in a video. "My husband and I are planning our family, so I'm going to have to delay the tour."

Jackson then went under the radar, though she was spotted shopping in September and appeared to be pregnant in photos published by "Entertainment Tonight" on the show's website.

The singer publicly confirmed the she was expecting in an interview with People in October.

"We thank God for our blessing," she told the publication.

There are reports the superstar singer split from her husband of five years shortly after giving birth to their son.

Jackson's representatives have not commented on the current state of her marriage to Al Mana, a Qatari businessman.