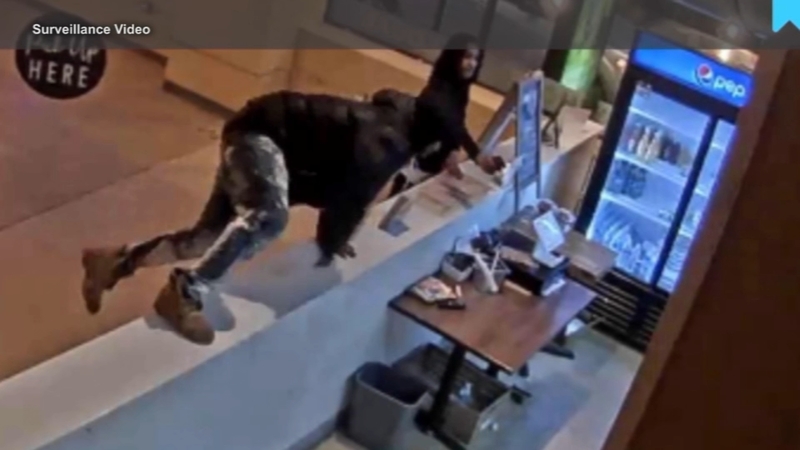 CHICAGO (WLS) -- A Chicago restaurant that has been giving back to its community was robbed Wednesday night.

The Litehouse Whole Food Grill in Hyde Park was already struggling because of the COVID-19 pandemic. But now the situation may be worse after restaurant employees were robbed at gunpoint this week.

By the time the employees realized what was happening, it was too late.

Two men that workers said they regularly fed for free held them at gunpoint inside the popular South Side eatery.

"The same people that we have broken our backs for, that we've went without for, to come in and rob you like this, it has just been heart-wrenching," said Rico Nance, the restaurant's owner.

The armed robbery occurred Wednesday, just before 8 p.m., and the frightening moments were captured by security cameras inside the restaurant, located near 55th and Hyde Park Boulevard. The video shows one robber hopping over the counter to chase a scared restaurant employee who took off running to the back.

That's where manager Ronald Edwards was at the time of the crime.

"He was like, don't move, don't call. Anyone give me your phone. He was showing his gun to let me know he had it," Edwards said.

The thief robbed him of his cellphone and cash. Meanwhile, the other suspect was still pointing a weapon at cashier Tranell Brown.

Brown said the whole time he was robbing her, he kept apologizing while blaming COVID-19 for his crime.

The robbers got away with a few hundred dollars. No one was hurt.

A police investigation into the robbery continues.

Since opening seven years ago, the owner said the restaurant has served tens of thousands of free meals to the hungry.

The grill has lost more than half of its business because of the COVID-19 outbreak, but so far none of its 15 employees.

Despite the setback, the restaurant's owner is vowing to keep giving.

"In a world full of hatred and depression and need, we want to be the light to shine, and I'm going to continue to do that," Rico Nance said.

The owners said they hope to turn this negative into a positive, as they ask for the public's help in launching their One Million Mouths initiative. The program aims to feed anyone in need.