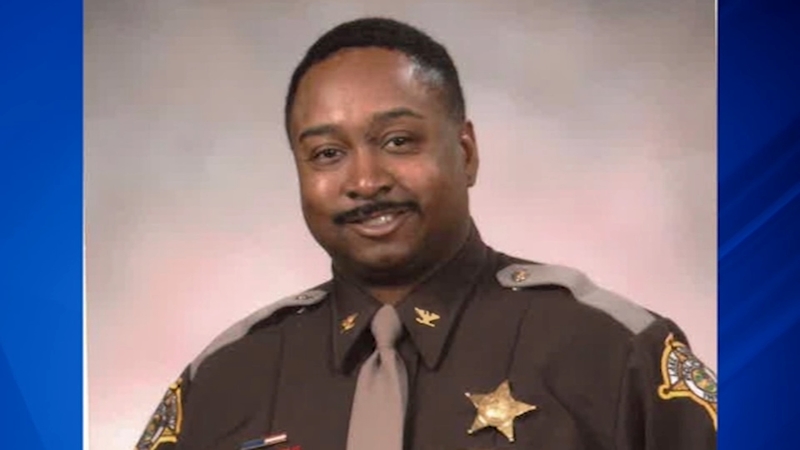 MUNSTER, Ind. (WLS) -- A retired Lake County (Ind.) sheriff's police officer working as a security guard and a patient were both shot to death inside Munster Community Hospital after a report of a disturbance between a patient and staff Tuesday morning, authorities said.

"My dad will be truly missed," said his daughter Dajanay Askew. "He was a hard-working man. He always put his family first."

"It is my understanding that the patient was beating the nurse pretty badly," Sheriff Martinez said.

Lake County Prosecutor Bernard Carter said a preliminary investigation found that as nurses and other hospital staff tried to pull the nurse away from the patient, Askew and the other security officer tried to subdue him. They were overpowered and the patient put Askew in a chokehold.

The patient was identified as 22-year-old Jamal Williams of Lansing. His family said he was a recent graduate of Western Michigan University, where he played football.

Carter said Williams then began striking Askew while keeping him in the chokehold, and Askew began to go in and out of consciousness. Nurses told investigators Askew called out to his partner.

"Askew then related to him, 'Shoot him! Shoot him!' because he saw himself being strangled to death," said Carter.

At that time, Freeman fired twice, striking Williams in the face and Askew in the arm.

The bullet traveled into Askew's chest and he died a short time later, Carter said.

"We will review it, just like any type of shooting or any type of incident, giving consideration to all parties involved," Carter said.

"My dad put his life at risk to save someone else," said Dajanay. "He was protecting others, so he deserves the utmost respect for doing that."

Martinez said Askew leaves behind a wife, a daughter and two foster children. He was a 15-year veteran of the department and retired in 2004 as a commander.

"We are deeply saddened and shocked to lose a retired officer in such a horrific incident," said Sheriff Martinez. "He was a dedicated professional."

Tuesday afternoon a steady stream of grief-stricken visitors flocked to Askew's home. Known to his friends as Kurt, Askew had been working security at the hospital for nearly 30 years.

While his family mourns their loss, they said they're not surprised that he gave his life to protect others.

Williams' coach at Western Michigan University said in a statement, "The loss of life is tragic. Today is a sad day. Our thoughts are with everybody involved."