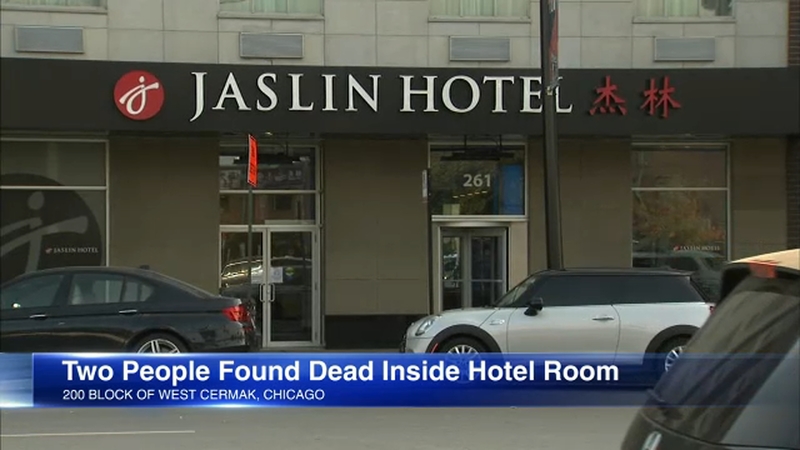 CHICAGO -- Chicago police are investigating the deaths of two people in a hotel room in Chinatown Sunday.

Additional details were not immediately available, police said, and Area One detectives are conducting a death investigation.

Six people are dead and 45 shot in all so far this weekend in shootings across Chicago, according to police.