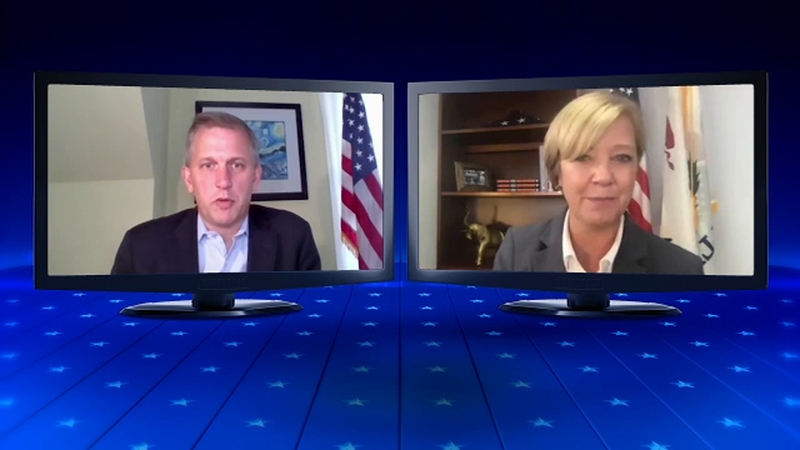 CHICAGO (WLS) -- Less than one month away from Election Day and one local race that's getting a lot of attention is in the 6th Congressional District.

Sean Casten was part of the blue wave of 2018 that swept democrats into congress. He flipped what had been a solid republican district and is now running for his second term.

He said he's feeling good about his reelection chances.

"This race is gonna come down to if voters are educated and voters vote," Casten said. "We're going to be fine."

Ives, the conservative former state representative, said she believes voters are ready to return the district to republican control.

"There were tens of thousands of Republican voters who did not show up in '18 that were there in '16. There's a lot of voters who just really don't show up in off-year elections. We hope that we pull those folks back in," she said.

Both candidates see the economy and the impact of the pandemic as a key issues to voters.

Sean Casten
"Look, health care, jobs and the economy have always been the biggest issues out here. Those have all been collapsed into one issue in the form of COVID," Casten said.

"We can talk about what's better for the country going forward. Higher taxes, more government or, let's get back to the basics with the free enterprise system and the rule of law," Ives said.

Ives said Casten is too far left, but he contends he has remained true to what he campaigned on two years ago.

However, Ives said she would like to distance herself from President Trump.

"There's no doubt that the top of the ticket matters, but I mean, I've been pretty clear in the past I don't play follow the leader," Ives said.

Casten said he's grateful for the Trump factor, which he believes has energized Democratic voters.

"I think that's the one good thing that Trump has done is brought up this sort of wave of civic engagement," he said.

With the pandemic impacting the ability of the candidates to reach voters in person, they will have to rely more on social media and campaign ads to get their message out.