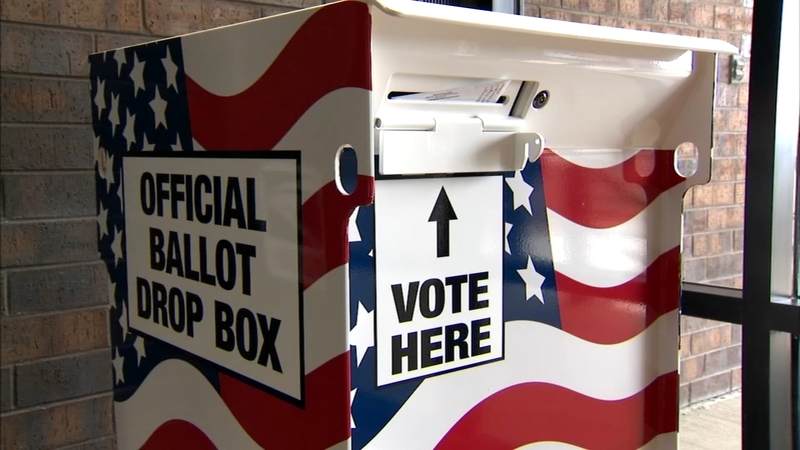 CHICAGO (WLS) -- Vote by mail applications have hit historic levels and many suburban elections officials expect that the next five weeks before the election will be very busy.

In Kane County a new high tech machine is going to make handling mail in ballots a lot more efficient this election.

Cunningham gave a demonstration of the process.

"The first run will happen they will verify the signatures to make sure that you are the right person voting," he said.

So far, his office has received 82,000 requests- nearly five times more than they've had before.

"The second run, what the machine does, it opens the envelopes and sorts them by precinct. The judges then take those ballots into our tally room and they process them," Cunningham said.

But, the ballots will not be counted until after the polls close on election night.

At the DuPage County Clerk's office they too have received a record number of requests for mail in ballots.

"So far we have about 165,000, applicants, and that's roughly five times more what we had in 2018," said Jean Kaczmarek, DuPage County Clerk

And quite a bit more than the 2016 Presidential Election, too.

Lines for early voting, at the one site open in DuPage County are also long.

Wait times Monday were about 45 minutes at one point.

Those who have requested a mail in ballot still have the option to vote in person instead, if they want.

"Our system will find whoever has applied for a vote by ballot. And so, that voter can then have that canceled out and receive a normal ballot," said Kaczmarek.

Registered voters can also vote on Election Day, even if they've requested mail in ballot.