WLS
CHICAGO (WLS) -- The three people suspected in the murder of a pregnant Chicago woman appeared in court Monday.

Marlen Ochoa-Lopez, 19, was nine months pregnant when she was killed and her baby taken from her womb.

Relatives from both sides of her family spoke about the need to see justice be served to the people accused of her murder.

Grandmothers, mothers, husbands and fathers formed a wall of support for Ochoa-Lopez, who prosecutors say was killed for her unborn child. The relatives came to see Clarisa Figueroa, 46, her daughter Desiree Figueroa, 24, and Piotor Bobak, 40, in court. Clarisa and Desiree are charged with first degree murder. Bobak is charged with concealing a homicidal death.

They were in court to ask for the maximum punishment.

"It is not good what they did, It was an injustice," said Maria Cardenas, grandmother-in-law, speaking through a translator. "The baby is still not well, we still have to wait and see how he develops."

Ochoa-Lopez's son Yovani remains in critical condition and the family has asked for a second opinion on his prognosis.

Police and prosecutors say Clarisa Figueroa lured Ochoa-Lopez to her home on the Southwest Side with the promise of free baby clothes. She then allegedly killed Ochoa-Lopez with the help of her daughter Desiree and then removed the baby from her womb. Figueroa then claimed there was a medical emergency, and told first responders she had just given birth to a baby that was not breathing.

"It is not fair what happened, and it could happen to somebody else," said Juana Maria Colunga Cardenas, mother in law, speaking through a translator.

"This baby is in intensive care with brain damage and six to 30 is just not good enough," said Julie Contreras, League of United Latin American Citizens (LULAC).

The attorney for Bobak also spoke.

"I don't believe the state will present or provide any evidence that Mr. Bobak had any knowledge of the fact there was a victim of a homicide in this case," the attorney said.

Nearly all of Ochoa-Lopez's family members in court Monday came from Mexico on special humanitarian visas. They arrived last week, and have been visiting the baby at Christ Medical Center in Oak Lawn. An attorney for the baby's father, Ochoa-Lopez's husband Yovani, said the child has a terribly rough road ahead, but has been able to intermittently breathe on his own.

Clarisa, Desiree and Piotor Bobak are due back in court on June 12. 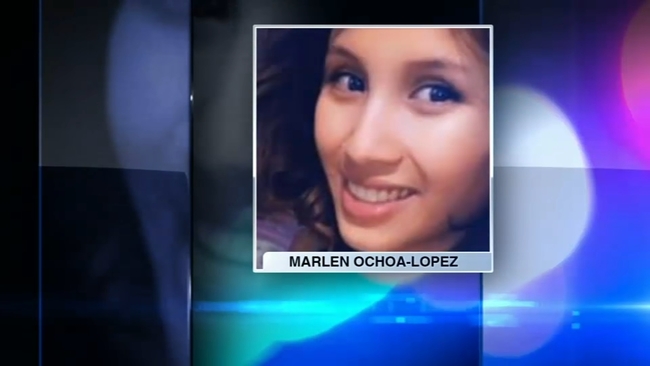