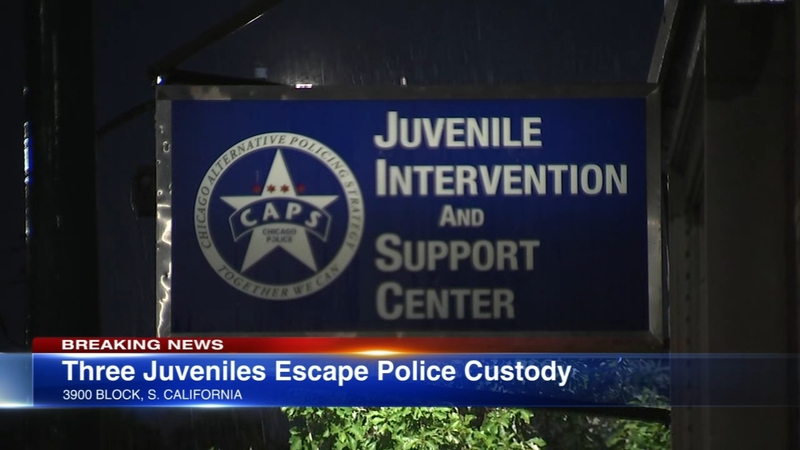 CHICAGO (WLS) -- Chicago police are looking for three juveniles who escaped from custody during transport to the Juvenile Intervention and Support Center.

The escape occurred just before 7:30 p.m. in the 3900-block of South California Avenue in Brighton Park, right near the center.

Police said officers were transporting four juveniles when three of them were able to escape police custody. No further details about the detainees or where they may have fled were given.