Prince Amukamara to stay with Bears on 3-year, $27 million deal 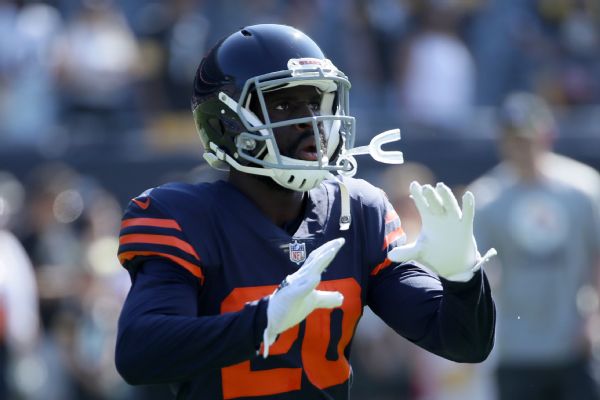 ESPN
By Dan Graziano
Cornerback Prince Amukamara will re-sign with the Chicago Bears on a three-year, $27 million deal, a source told ESPN.

The contract includes $18 million in guarantees, according to the source. The league year and the free-agency period begin at 4 p.m. ET Wednesday.

For the most part, Amukamara, who was paid $7 million guaranteed by Chicago on a one-year deal in 2017, worked out for the Bears, playing adequately enough to start 12 games. He finished second on the Bears' defense with seven pass breakups, behind only fellow free-agent cornerback Kyle Fuller (22).

However, Amukamara, 28, failed to intercept a pass for the second consecutive season, and his inability to take the ball away is probably his biggest downside.

In his career, Amukamara has seven interceptions, 58 pass breakups and three forced fumbles in 83 games.