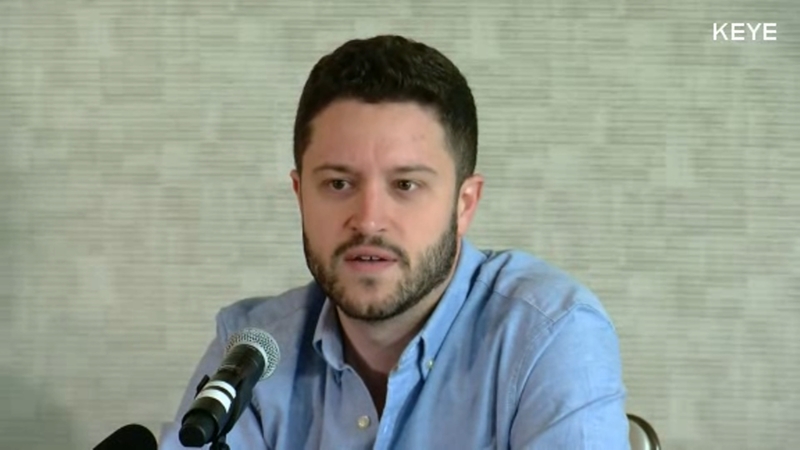 The owner of a company that builds 3D-printed guns said he has begun selling blueprints of the weapons to elude a court order on Monday that banned him from giving the plans away for free.

Cody Wilson, the founder of Defense Distributed, said that he interpreted Monday's federal court order to mean that he could not put gun blueprints online to be downloaded for free. Instead, he said, he is now selling the blueprints to customers, letting them name their own price and then emailing or shipping it to them.

Wilson spoke a day after a federal judge in Seattle granted a motion for a preliminary injunction that blocked him from releasing downloadable blueprints for 3D-printed guns until the litigation is resolved.

Critics say the blueprints will make it easier for felons, minors and mentally ill people to potentially make their own 3D-printed guns. But Wilson says that the "hysterical" order limited his free speech rights.

A gun made with a 3-D printer is shown in this undated file image.

The ruling came as part of a years-long battle between the federal government and Defense Distributed, an organization that in 2013 posted designs for a 3D-printed handgun called the Liberator. The pistol was made out of ABS plastic, the same material used in Lego blocks, and could be made on a 3D printer.

The US government ordered the blueprints be taken down that year, and Wilson sued the government in 2015. The Trump administration settled the case in June, and the 3D weapon blueprints were scheduled to be posted online August 1.

However, Washington state and other states sued to block the release of the blueprints that day. Judge Robert Lasnik sided with the states and temporarily blocked the settlement, although more than 1,000 people downloaded the designs before the judge's decision.